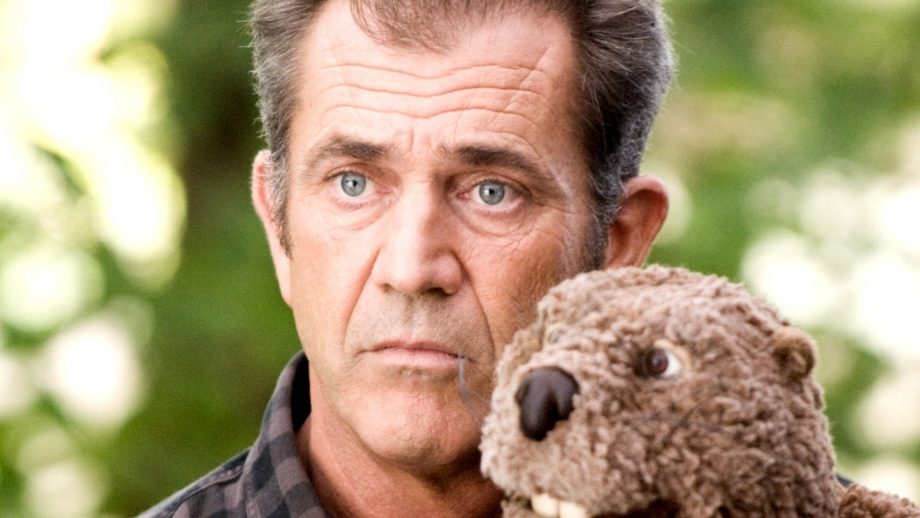 Walter (Mel Gibson) owns and runs a once-great toy manufacturer that is struggling, as a direct result of his deepening depression. His wife Meredith (Jodie Foster) is supportive as long as she can be, but eventually kicks him out of the house when she can no longer cope.

Their eldest son Porter (Anton Yelchin) is delighted to see the back of his father, panicking each time he notices a similarity between them. But the baby of the family, Henry (Riley Thomas Stewart), finds it much harder to see his Dad leave.

As Walter sets out into the unknown, he dumps what possessions he could fit into the boot of his car – and is intrigued by a beaver hand-puppet he finds in the dumpster, so he takes it with him.

Shacked up in a cheap motel, Walter can’t see a way out of his depression and is about to throw himself off a ledge – when he’s talked down – by The Beaver.

What grasp of reason he has left seems to have been sucked down into his hand and injected up into The Beaver, which takes on a life of its own and becomes his life coach, helping him restore his self-confidence.

Soon, Walter is back home with his family and his business is thriving again. But while his family and colleagues are delighted to have Walter back, they’re not sure how much longer they can live with the Beaver. But it becomes increasingly clear that Walter can’t live without it.

To some, it seems that Walter’s depression has developed into an insanity that simply can’t be cured. To others, The Beaver has restored his sanity, but insists on sticking around to take the credit.

There are many levels on which this is an impressive piece of work. It’s is a believable and sympathetic portrayal, by a Mel Gibson who has quite possibly experienced some of the same self-doubt as his character given his much publicised recent run-ins with the police and his ex girlfriend. At times it even feels like he is using Walter as a foil to rid himself of his own ghosts.

Gibson and his director Jodie Foster clearly understand Walter’s mental illness and have a good sense of how those around him would be likely to react.

His relationship with his wife and youngest son are by turns heart-warming and heart-wrenching as the futility grows. The more strained relationship with Porter will also feel genuine to anyone who has balked at the idea of being just like a parent or a parent desperate for their child to love them.

But it’s one of the other relationships in the film that creates some problems. In a story about the mental decay of a middle aged father, there is perhaps too much attention paid to a rather unbelievable relationship that develops between his difficult eldest son and the head cheerleader Norah (Jennifer Lawrence). He goes from persona non grata to flavour of the day, and back – and back again – far too quickly and illogically and when certain big events in their lives are given huge importance by the plot but then pass with no consequence, the film is guilty of setting up some side-stories and failing to pay them off.

And perhaps The Beaver’s biggest failing, after delivering a largely emotionally powerful – and sometimes shocking – psychological drama, it’s denouement is an embarrassingly glib “every needs someone to love them” – which is all the worse, because it’s delivered as a sudden revelation by characters who DO have people who love them already anyway – and know it.

As such, the failings are not in the acting or directing, but the writing – and not the individual scene-by-scene writing, but the overall structure and theme of the film.

Some of the scenes work well in isolation, but the forces driving them – and linking them – work less well. What is aiming to be a powerful drama ends up being more of an effective character study, which might be enough for the film-makers, but it leaves a lot of waste.

The Beaver is not as profound as it wants to be. There’s a sense of the emperor’s new clothes here. You can’t make a silk purse from a sow’s ear. You can’t find salvation in a dumpster.