The line-ups for both the Venice and Toronto film festivals, both released this week, provide a sneak preview of how next year’s Oscars race might look.

Many of the films that find themselves nominated for the most prestigious awards in the film calendar get their first public screenings at the overlapping festivals in late August and early September. 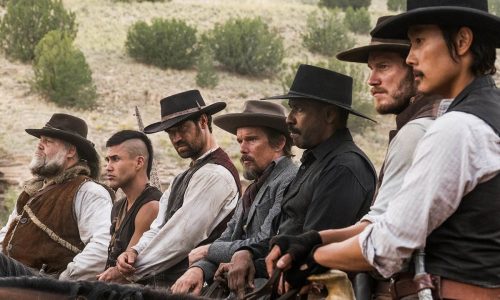 And Antoine Fuqua’s remake of The Magnificent Seven being picked to open the Toronto International Film festival on 8th September and close the Venice Biennale two days later gives the first indication of whether the Oscars might once again be blighted by the #OscarsSoWhite hash-tag.

With a black director, reuniting with his Oscar-winning Training Day lead actor Denzel Washington, featuring so prominently at both festivals, Oscar voters – and their Golden Globe forebears – are more likely to have them at the forefront of their minds when they come to draw up their nominations lists.

Another film being screened at both festivals is the alien film Arrival, by the Canadian director of Prisoners and Sicario, Denis Villeneuve, which features another black Oscar-winner, Forest Whitaker, in a supporting role.

Toronto’s line-up also includes the opening film of this year’s London Film Festival, Amma Asante’s A United Kingdom, starring David Oyelowo as the Prince of Botswana, who falls for a white British woman. Oyelowo will also be seen, alongside 12 Years a Slave‘s Lupita Nyong’o in Queen of Katwe. Jeff Nichol’s Loving, first seen in Cannes, depicts a real-life story from 1960s America, in which a white man married a black woman. And Nate Parker directs and stars in The Birth of a Nation, about a black slave and preacher who orchestrates an uprising.

But despite black actors, directors and stories being strongly represented among high profile films at both festivals, it might be that the diversity argument doesn’t even arise until it nips the Academy on the ankles on the night before the nominations are announced, leaving film-makers to view the offerings for what they are for now.

So other films to look out for in Venice will include Mel Gibson’s Second World War drama Hacksaw Ridge, Alicia Vikander and Michael Fassbender in Derek Cianfrance’s The Light Between Oceans, Tom Ford’s thriller Nocturnal Animals, Nick Hamm’s fictionalised account of the relationship between Northern Ireland’s political foes Martin McGuinness and Ian Paisley in The Journey, a cannibal romance in The Bad Batch and Damien Chazelle’s follow up to Whiplash, La La Land.

The Venice film festival runs from 31st August to 10th September. Toronto will take place from 8th-18th September. The next Oscars will be handed out on 26th February 2017.