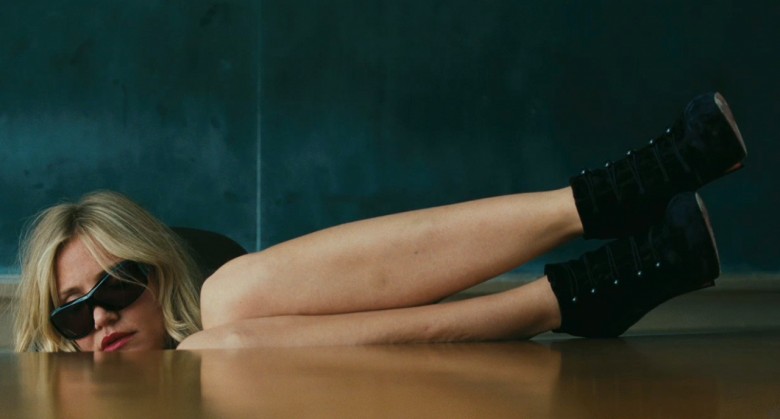 Elizabeth (Cameron Diaz) is the bad teacher of the title – a high school English teacher who hates teaching almost as much as she hates children, and she’s not at all worried about showing it.
She’s about to escape her living hell though; she has just quit John Adams Middle School to marry a millionaire. But when her fiancé calls off the wedding, she’s forced to return to the classroom with her tail between her long, sexy legs.
But there’s no contrition. Elizabeth is still uninterested in the pupils or the syllabus – it’s all just a means to an end until she can find another wealthy man to take her away from it all. This, of course, rules out the charming, but frumpy and penniless gym teacher Russell (Jason Segel), who’s had a crush on her all year. And she’s equally uninterested in overtures of friendship from the angelic Amy (Lucy Punch), whose classroom is right across the hall or the shy, middle-aged, overweight Lynn (Phyllis Smith).
But the tedium doesn’t last long – along with the new school year arrives a young and attractive, squeaky-clean, cardigan-wearing new teacher Scott (Justin Timberlake), who drives a very smart car.
When Elizabeth discovers that it’s no coincidence that he shares his surname with an exclusive watch manufacturer, she begins to dig in her talons. But Scott seems more interested in Amy.
Over the course of the school year, the foul-mouthed, soul-destroying, drug-taking, test-cheating, cantankerous and self-centred Elizabeth and little-miss-perfect Amy develop an intense rivalry – not only over Scott, but also over a cash prize for the best exam results in the state, which would boost Amy’s sense of self-righteousness and help Elizabeth pay for the breast-implants she believes she needs to attract the right man.

It’s rare for the central character of a blockbuster to be so antipathetic and rarer still for such an odious screen presence to be portrayed by a star of the status of Cameron Diaz. Such A-listers usually plump for sympathetic roles that would make the ticket-buying public love them even more than they already do.
But Diaz shamelessly takes on the morally bankrupt heart of a morally bankrupt film and what is unusual, too, is that apart from a handful of glimmers of light, the film-makers don’t try too hard to soften her.
Yet somehow, we find her unpleasantness endearing – we prefer her selfish and unapologetic brusqueness to Amy’s societally perfect demeanour, which most viewers will find more emetic than angelic.
Sometimes it’s fun to see the good-too-shoes get her comeuppance, even if it’s the bully who comes off on top.
Elizabeth wears her bad manners with pride – she’s not deluded into thinking that she’s the model teacher – she just doesn’t care – and many people in real life do get away with that form of bullying – up to a point.
There is a sense in which she – and by extension the film – is perhaps not as funny or evil as she might be under the direction of someone like Judd Apatow or Quentin Tarantino, but you will laugh and you will wince; how much will depend on how bad you are. When Jason Segel’s comic presence is very underplayed and Justin Timberlake’s character is necessarily one-dimensional. Lucy Punch is effective as the increasingly deranged angel.
In some senses, Bad Teacher is grounded in reality – she’s not so bad as to disfigure or maim people who get in her way and she’s not even the most bitter character in the film – but in others, the events are so far fetched that they require a large sprinkling of salt to give the required taste. As such, the plot is contrived, but it doesn’t seem to care – it doesn’t seem to matter. Much of the story itself is, to a large extent, signposted far enough in advance that there aren’t too many surprises in the long run, even if we’re not quite sure how we’ll reach the destination, and the film certainly zips along at a brisk pace.
Bad Teacher is not a great film – by definition, it can’t be and I’m sure it has no pretensions to be. But assuming it sets out to entertain, that it does.
It’s not particularly adult – the only violence involves sports equipment and the one sex scene is fully clothed – the message is perhaps not one you’d want to show to a naïve child who’s looking for permission to rebel. Neither is the casual drug-use which is used as rather too convenient a short-hand for her troubled personality.
From the substance abuse to the desire for money and the totally inappropriate behaviour, Cameron Diaz is unquestionably to teacher what Billy Bob Thornton was to Santa.
In one world – our world – the Bad Teacher of the title could be seen as unashamedly rude, selfish and shallow – but in her world, she’s simply being pragmatic, just doing whatever she has to do to find a rich guy to look after her.
Oddly, that makes the film sound more like a fairytale, in which a troubled woman has to turn her life around to find happiness in the most unlikely of places – and in that sense, maybe it’s even more formulaic and less fresh than it feels on the surface.
You’d probably have fun in this Bad Teacher’s classroom, as long as you didn’t become her punching bag – but don’t try to learn anything from her.