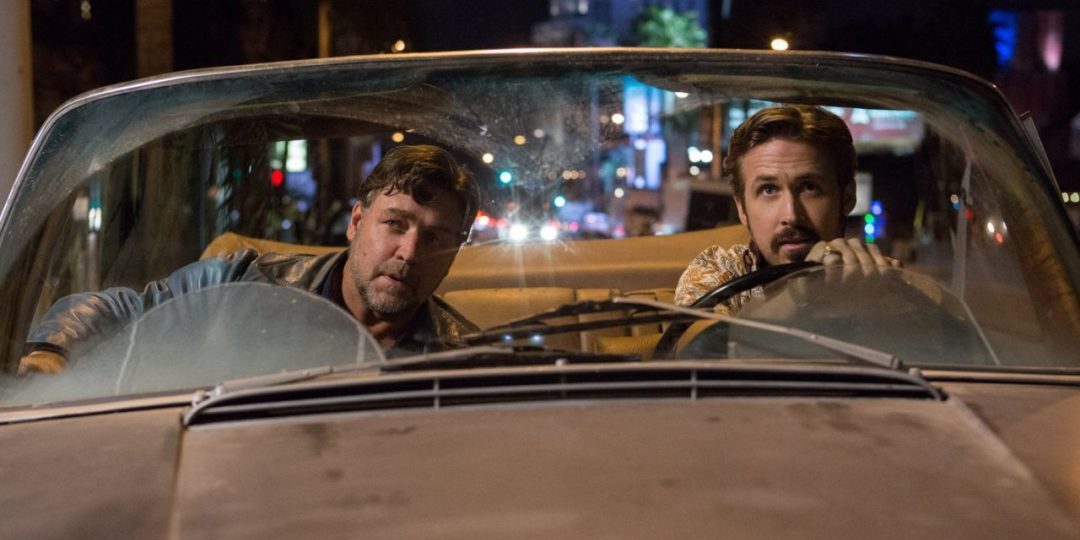 Those friends in high places don’t want her found and they dispatch heavyweight mob enforcer Jackson Healy (Russell Crowe) to stop him.

But soon, Healy discovers that there are other people trying to find the same woman and decides to team up with March to find her first, to save her from them.

Shane Black returns with an odd-couple LA-underworld comedy-crime caper, in the vein of his 2005 hit Kiss Kiss Bang Bang, with similarly entertaining chemistry between the buddies at its centre.

Black too is sizzling with the snappy one-liners of the dialogue and some suitably well choreographed – and often surprising – action sequences.

But the multi-layered plot becomes weighed down by its own complexity, most of the supporting  characters seem to have come from a tick-box villain-kit and the fights, at times, are almost so violent that you can’t believe it’s got away with a 15 certificate.