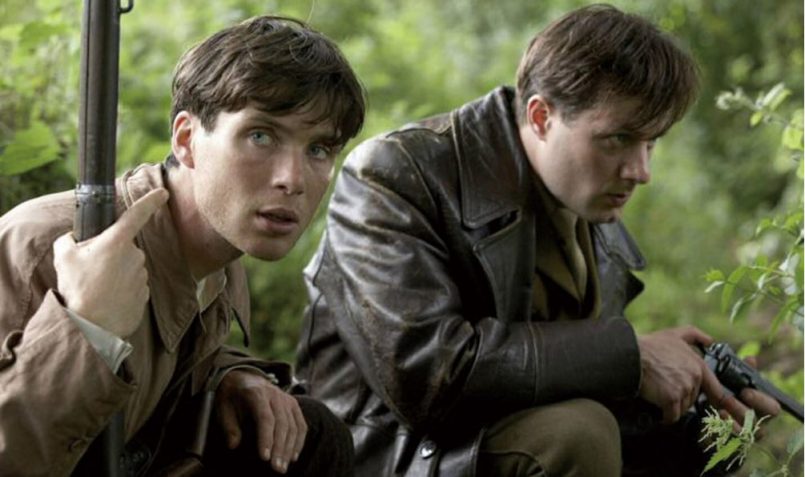 1920s Ireland, and young doctor Damien (Cillian Murphy) is planning to go to London for work, when he witnesses the ruthless occupying British troops savagely beating some friends, for no reason.

This persuades him to join his brother Teddy (Padraic Delaney) in the armed struggle against the occupying forces from across the Irish Sea.

After one bloody battle too many, the British decide to propose a deal. The Irish can have more autonomy – although not quite independence – in the south, if the north remains part of the UK.

The deal splits the republicans, with Dan and his supporters signing up, while Damien – who’s become more militant – leading a band of rebels.

These rebels – the forerunners of the IRA – are no longer fighting British soldiers, as they’ve gone – they’re fighting their fellow Irishmen, who they believe to have sold out to their former colonial masters.

It doesn’t come as much of a surprise to find Ken Loach delivering a gritty, politically sensitive and controversial film, bristling with powerful performances from a natural cast.

In this case, he’s been criticised for his pro-republican and anti-British stance; were all British soldiers really as ruthless as he makes out? Should he have mentioned the fact that many of them were troops, still traumatised by the horrors of the Great War.

Nevertheless, Loach initially does a good job of securing the support of his viewers in the fight against direct British rule, but when the republicans divide among themselves, the film becomes confused. His message is unclear.

Is he saying “Stop when you’re ahead?” or is he arguing that the Brits should never have been there in the first place and the weak republican majority should never have accepted the deal, thereby backing the violent split which saw Irishmen killing their fellow Irishmen?

Given that Murphy is now the bigger star, one feels that Loach is of the latter view, but Delaney’s more pragmatic approach makes it much easier, as viewers, to sympathise with his Irish Free State supporters.

To add to the controversy surrounding the film, some critics have interpreted it as a side-swipe at Britain’s involvement in the situation in Iraq.

As a piece of drama, it’s largely successful, but knowing that it’s come from Ken Loach, to treat it as a history lesson would be like accepting Michael Moore’s conclusions in Fahrenheit 9/11 as gospel truth.

I wonder if that says anything about the political leanings of the Cannes jury, which has given its top prize, the Palme D’Or, to both films.