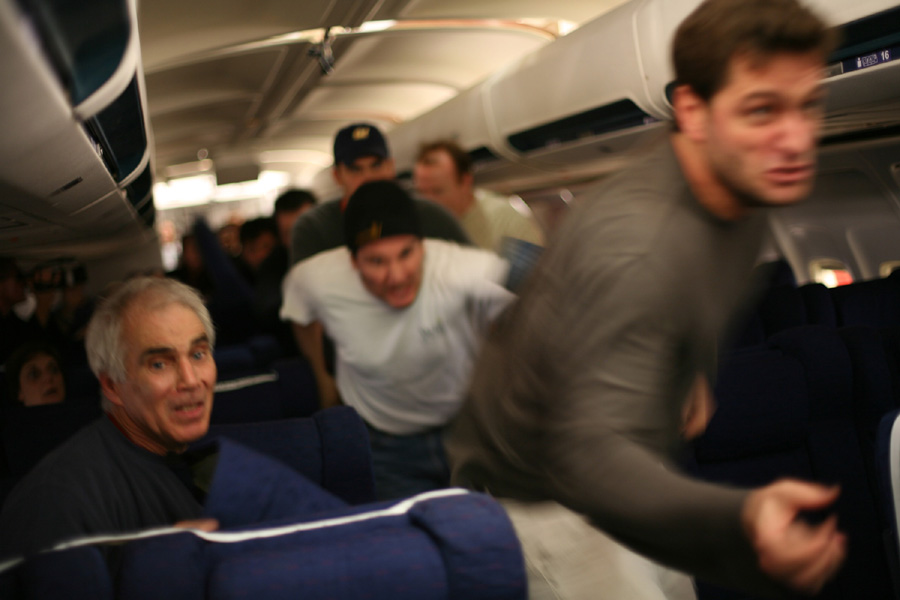 The tag-line on the posters pretty much sums up all you need to know about the plot:
“September 11, 2001. Four planes were hijacked. Three of them reached their target. This is the story of the fourth.”
For anyone who hasn’t been following what’s arguably the world’s biggest news story for the past five years, what happened to the fourth was that it crashed into a field in Philadelphia.
With no survivors, quite why it happened will forever be subject to speculation, but this is Paul Greengrass’s take on the events which might have led to a tragedy, which could have been so much worse.

There’s no doubt that this film sets itself up as a thriller, but much of the usual excitement you’d expect from the genre is missing, as everyone knows how it ends. This takes all the dramatic tension out of the film – there’s no point getting to know and like the characters or trying to predict how the goodies are going to overcome adversity and escape the baddies, as you know it just ain’t gonna happen.
With that in mind, you kind of wonder what the point of the film is. It’s not even like Paul Greengrass uses it to make any kind of political point, one way or the other.
And its pseudodocumentary-style is tempered by the fact that most of the events we see are inevitably down to guesswork. OK, so some passengers phoned home to say goodbye – but if the film is to be believed, most of them did little more than say “goodbye” and “I love you” – rather than giving detailed descriptions of what was going on, in case someone wanted to make a film about it later.
Then there were the cockpit voice recordings, which were played in court at the Moussaoui trial and have been heard in a number of documentaries, but seem to have been largely side-stepped here.
Paul Greengrass appears to suggest that the terrorists’ failure to reach their target is largely down to the fact that the leader of the gang had second thoughts – rather than the ultimately futile uprising of the all-American heroes on board. But where did he get that from?
While in any other film, what goes on in the cabin would undoubtedly have been exciting, perhaps more interesting here is watching the way events unfolded on the ground, in the air traffic control centres – civilian and military – where everything was apparently so disorganised, that they found out what was going on by watching CNN.
These sections of the film benefit from the added authenticity of having a handful of the real-life characters playing themselves, among a cast of unknowns.
Unquestionably the most powerful moment of the film was when the air force officials watch helplessly as the second plane smashes into the World Trade Center. For most people, that image alone epitomises the horror of that day, and wrapping it up in a futile disaster movie takes away – rather than adds to – its enduring potency.
Still – it makes a nice change to see this kind of film coming from the rom-com factory, Working Title.