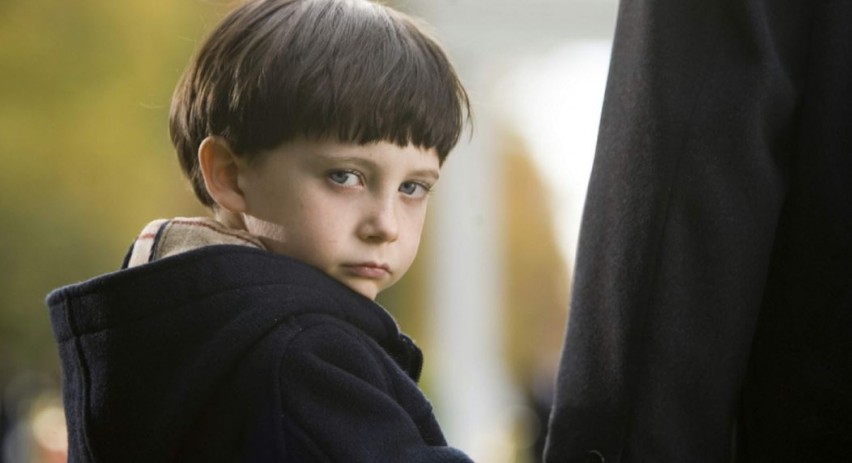 The hospital priest presents Thorn with another child whose mother died in childbirth that same morning and persuades Thorn to take the boy as his own. Katherine is none the wiser.

Due to a strange turn of events, Thorn ends up as US Ambassador to Great Britain.

When Damien reaches five years old, a number of deeply disturbing events take place around him. His nanny hangs herself at his birthday party, a children’s trip to the zoo ends in a panicked frenzy and Damien becomes hysterical during a drive to church.

His new nanny (Mia Farrow) seems to be overtly devoted to him.

Thorn learns from a manic priest (Pete Postlethwaite) that his son is in fact the Anti-Christ who must be exterminated.

As the saying goes if it ain’t broke, don’t fix it.

For marketing execs, the release date of 6/6/06 was probably just too good an omen to miss. However it’s not a good enough excuse for this run-of-the-mill remake which lacks the thrills and the chills of the original.

What made the 1976 movie the classic that it is, thirty years on, was a spine chilling music score (which still gives me the hee-bee-gee-bees), one of the most demonic looking kids possible (in the shape of Harvey Stephens) and an equally scary Billie Whitelaw as his nanny and protector. Seamus Davey-Fitzpatrick as the latest Damien looks more like a petulant and spoilt child, who isn’t getting his own way, rather than the spawn of the devil.

As for Mia Farrow she’s more like a demented Mary Poppins.

On the plus side, the deaths are spectacular but you wouldn’t expect anything less in this day and age. David Thewlis, as the photographer who helps Thorn learn the truth about his son, is the best thing in this film. This Omen pays homage to its predecessor by sticking religiously to David Seltzer’s 1976 screenplay. But it’s mostly shot in Prague — and it shows.

The main problem is that this just isn’t frightening, regardless of whether you’ve seen the original or not. It also tries to be contemporary by including events such as the 9/11 attacks and the Tsunami, which frankly is a bit of a cheap shot.