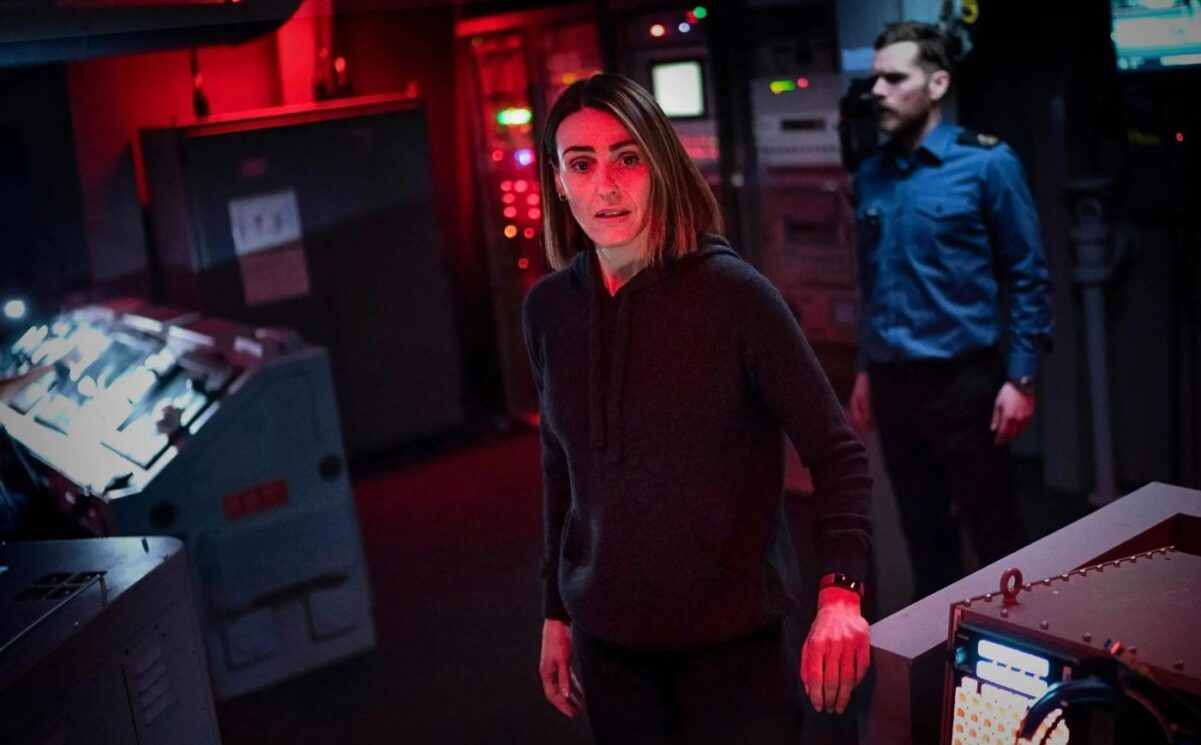 A fishing boat sinks, with the loss of the lives of all those on board, as a British nuclear-submarine, HMS Vigil, is passing. Chief Petty Officer Craig Burke (Martin Compston) raises concerns about Vigil’s involvement – and is found dead of a drugs overdose, soon afterwards.

Police Scotland are alerted and Detective Chief Inspector Amy Silva (Suranne Jones) is sent on board to investigate his death.

At first, she’s met by a chorus of silence from everyone from the Commander Neil Newsome (Paterson Joseph) down to the chef (Anita Vettesse), but the more she digs, the closer she gets to the truth about who killed Burke and why.

Amy’s partner – both at the office and at home – Detective Sergeant Kirsten Longacre (Rose Leslie) is carrying out her own investigations back on land, feeding her crumbs of information that help her piece together a puzzle that could put the defence of the UK itself at risk.

This latest BBC drama setting itself up as appointment viewing – with episodes being dropped weekly, rather than all at once – delivers six hours of often nail-biting tension against the backdrop of the claustrophobia of a submarine.

The back-story of the main character adds to the discomfort of being trapped underwater.

The narrative unfolds both inside the submarine and in the outside world, giving viewers a much-needed escape that Amy can’t get.

With high production values, this ambitious mini-series wouldn’t be out of place on the big-screen and six episodes make it – almost – bingeable, and you’ll certainly want to keep going at the end of each episode.

There’s perhaps a bit too much flashback and some of Amy’s back-story feels more like they’re trying to make a point, rather than drip-feed information that’s vital for the plot to unfurl. There are also rather too many red herrings – with characters coming in and out of favour – with the protagonist and viewers alike.

Like so many who-dunnits, you never really know who to trust – but when the denouement approaches, it’s not perhaps as satisfying as it might have been.

It’s interesting – if not always convincing – to see the story turn from an investigation into a death to a full-blown international espionage thriller, via a bit of domestic politics, cover-ups and police-military rivalry.