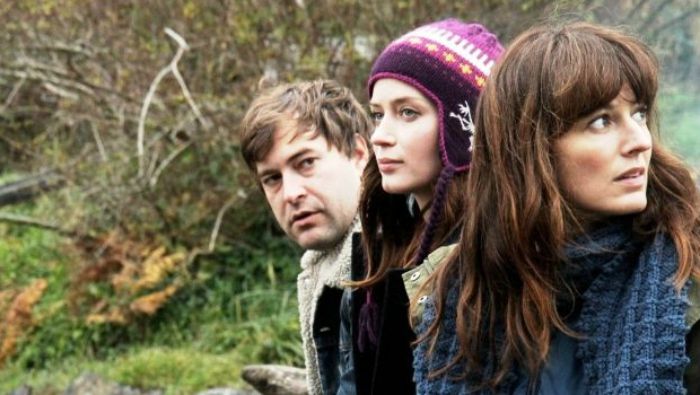 A year after the death of his brother, Jack (Mark Duplass) is still having trouble coming to terms with it, so his best friend – and his late brother’s girlfriend – Iris (Emily Blunt), suggests that he takes some time to himself at her family’s island retreat.

Jack turns up, in the dead of night, to find he’s not alone; Iris’s sister Hannah (Rosemarie DeWitt) has also headed to the house, seeking some alone-time to try to get over a failed relationship.

A little alcohol helps the strangers to bond but the unexpected arrival of Iris the next morning confuses all three of them.

Confessions all round cause tension between the sisters, friends and strangers that will force them all to question their pasts, presents and futures.

The plot is simple but contrived.

But the naturalistic performances – delivering often improvised dialogue – give the film a breezy feel that helps it zip along comfortably, without prompting frustration about the narrative’s convenient twists and turns.

Unlike last week’s Five-Year Engagement, it’s one of those rare performances from Emily Blunt where her English accent doesn’t grate.

The characters are all believable and likeable – which, itself, is an unusual take on the romantic comedy; there are no good guys or bad guys, no rights or wrongs, just confused and lonely people whose lives have conspired to steer them away from the happiness they crave and whose decisions to do something about this appear to coincide.

Lynn Shelton’s light touch makes you forget that this is essentially a play involving three characters in one location.

It’s modest and unassuming, warm but slight, charming but unenlightening.