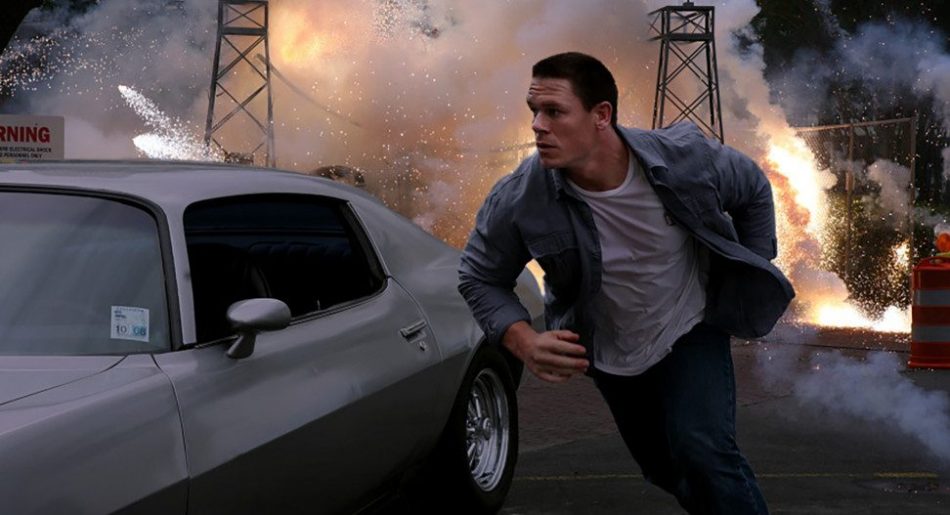 During the violent stand-off, Jackson’s girlfriend is hit by a passing car and dies.

Years later, Jackson escapes from jail and decides to wreak his revenge on the cop who put him inside – and who, as he sees it, killed his true love.

So – in true Hollywood action movie bad-guy style – rather than just killing Fisher’s girlfriend Molly (Ashley Scott), Jackson kidnaps her and then sets Fisher a series of challenges – you guessed it, twelve – that he has to complete, if he’s ever to see her alive again.

Complete with riddles, games, red-herrings and wild-goose-chases, this is as frenetic as it is pointless.

Anyone as evil and bitter as Jackson would just kill Molly the first chance he gets. OK, perhaps like the talkative movie bad-guy he is, he might have a little fun at their expense first, but the extent to which he goes – apparently without help from anyone else – is stretching believability way past its breaking point.

In this strange world, the deadly enemies refer to each other by their first names, which seems unexpectedly mature and civil of them.

The camera work and editing are wildly over the top – the shots are so shakey, they’d make the directors of The Shield sea-sick – and the editing is so fast, most of the time, you just can’t see what’s going on, which is a shame, as it’s otherwise nicely framed and lit.

Coming from Renny Harlin, as you’d expect, it’s tremendously slick and bursting with energy that will leave you trembling (although not surprised) by the end of a fun ride, but equally, it’s plain silly.

With melodramatic acting, crazy fish-out-of-water stunts, corny dialogue (“If we don’t stop that ferry in thirty seconds, Molly’s going to die”), an implausible storyline and mind-muddling visuals, it leaves your mind spinning.