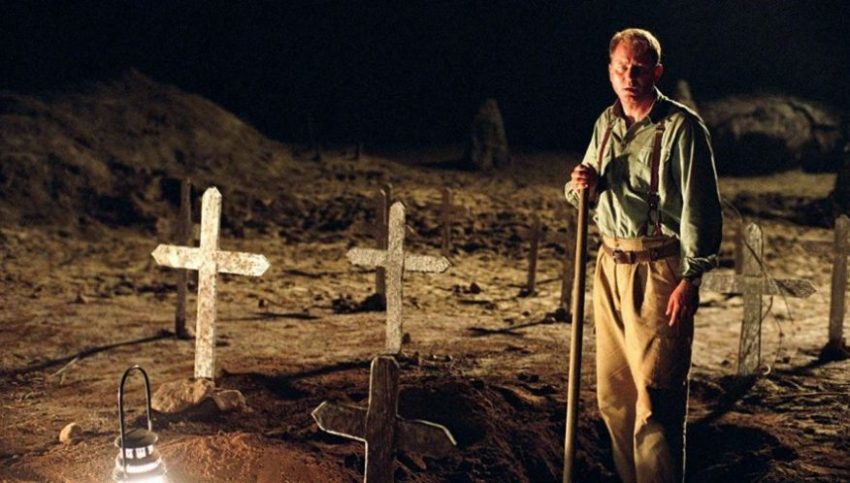 But as an archaeologist, excavating an ancient church in Kenya, he’s forced to confront his beliefs.

Most people are too scared to enter the church. Those who do go mad.

Demons are on the prowl and Merrin can’t overcome the evil without some help from above.

What possessed the film bosses behind this embarrassing mess?

The version shot by the acclaimed director, Paul Schrader, wasn’t scary enough for them.

Hoping for a miracle, they hired Renny “action-by-numbers” Harlin to reshoot it. But he couldn’t even deliver mediocrity.

With tacky cheap shocks, a weak plot, a poor script and make-up less impressive than the 1973 original, they’ll be wishing they’d stuck with Schrader.

You’ll jump out of your seat, only if you’re so bored you want to leave early.