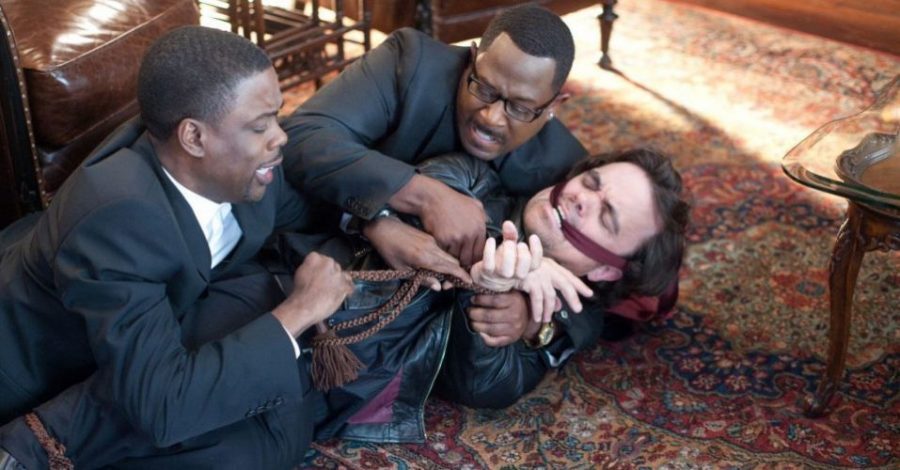 A funeral is always an emotional time for a family, but when Aaron’s (Chris Rock) father dies, no-one can be prepared for the disasters that ensue.

From the wrong body being delivered, to family arguments and accidental drug-taking, you might think that things couldn’t possibly get any worse.

But when a mysterious guest, a “little-person” Frank (Peter Dinklage) reveals how he knew the deceased, and tries to blackmail Aaron to keep their shared past secret, not even an incontinent wheel-chair-bound uncle can cause enough of a distraction to hide what happens.

The clue is in the title.

Remakes are always dangerous territory – whether they’re anglicising foreign-language films, re-imagining old ones or updating classics – but remaking an English film in, well, American, after just three years, is certainly an unusual prospect.

Given our shared cultures – and given that we watch American films and they watch ours, you might wonder why on earth anyone thought Frank Oz’s film needed to be remade – or, indeed, deserved to be remade. They haven’t even changed the central cast member, with Peter Dinklage returning to play the same dwarf. Only the race of the rest of the protagonists has been changed.

But given how poor the 2007 film was, this is one case where you can imagine why someone might have thought “there’s a gem hidden deep down here – the last lot couldn’t find it, but perhaps we can.” It’s certainly the case of a remake where you don’t have to worry about offending fans of the original. In the event, it turns out to be one of those rare cases of a remake being, if not better, certainly more enjoyable than the original.

By no means is this a good film – the situations are no more believable than they were last time – but it’s considerably less objectionable and far funnier.

Americans – or at least these Americans – seem to be able to do slapstick better than the Brits managed, possibly because the likes of Chris Rock, Martin Lawrence and Luke Wilson are among the most talented comic actors around – and perhaps Americanising the dialogue makes it feel more glamorous. Supporting characters, as played by actors including Zoë Saldaña and James Marsden, have the Hollywood look which makes the cast more attractive to spend time with than their British counterparts. And Danny Glover certainly delivers a gravitas that the British cast of mostly unknowns couldn’t muster.

It’s certainly the case that black audiences will identify most with the characters, although black culture has infused deeply into the mainstream for white audiences not to feel too alienated.

The plot is ridiculous, the visual gags are almost universally shamefully obvious and the comedy becomes so farcical as to become irritatingly removed from the reality that cradles most good comedy.

But the performers – and an out-of-his-comfort-zone director, in Neil LaBute – manage to make it far more entertaining than it has any right to be.