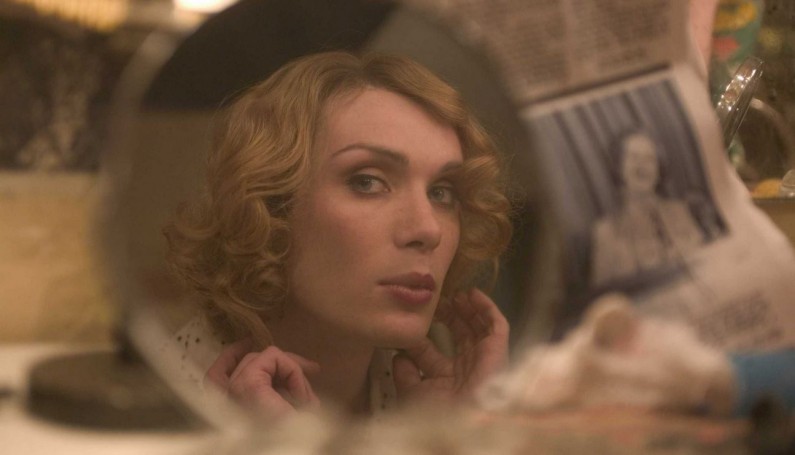 From the moment he was abandoned on the local priest’s (Liam Neeson) doorstep as a newborn baby, Patrick’s (Cillian Murphy) live was never going to be easy.

An early fascination with women’s clothes leads to bullying at school and an overconfidence and air of defiance, bred by insecurity and confusion, lead him into one problem after another.

“Re-branding” himself as Kitten, he leaves his Irish hometown and heads to London, in search of his birth mother, settling more permanently into his female persona as he goes.

As his journey progresses, he’s taken under the wing of a secretly gay rock-star and a shy stage hypnotist, coming up against IRA gun-runners, the police and London’s seedier red-light district on the way.

The film is unashamedly episodic, even to the extent of being broken up into titled sections, as Kitten’s life is split into chapters.

Some of his antics are poignant or amusing, but with his directionless naivety and mindless optimism, his quest lacks coherence – how are rock-stars, gangsters and peep-shows going to bring him closer to his mother?

The film’s a string of interesting moments which don’t really make a whole that’s worth the wait.

But there are undoubtedly moments of worthwhile entertainment along his journey – partly thanks to Cillian Murphy’s brave performance and a touching turn from Liam Neeson.