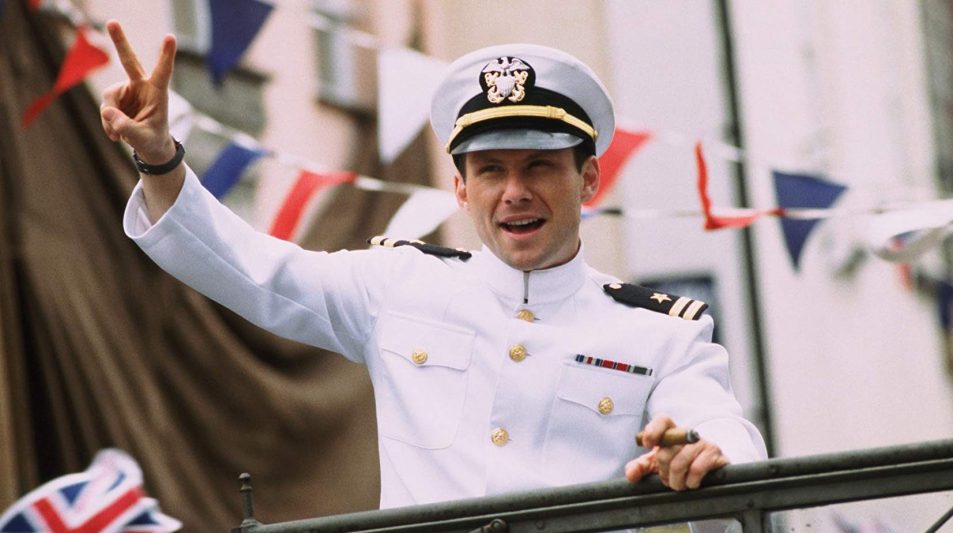 In his finest hour, Winston Churchill (Christian Slater) is a young foul mouthed, gun toting American G.I. who tries to defeat Hitler’s plan to convince King George (Harry Enfield) to join the war against the U.S.

This is a complete send up of the Americans’ love of rewriting history for the big screen. Remember Pearl Harbor and U-571?

Christian Slater, with a big fat cigar and tongue firmly in cheek, plays Churchill as Bruce Willis in the Die Hard movies.

Neve Campbell is hysterical as Princess Elizabeth, sounding a cross between the Queen and Celia Johnson in Brief Encounter.

It’s irreverent, it’s funny and reads like a Who’s Who of the best of British comedy.