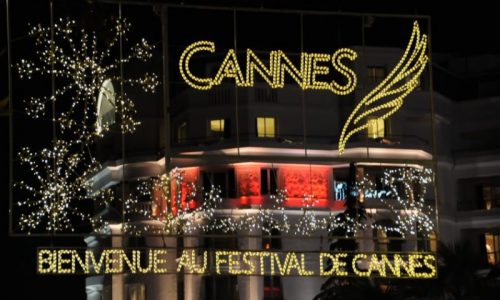 The big prizes at Cannes have thrown up a surprise or two, with one of the most hotly tipped films – Mike Leigh’s Another Year – coming away with nothing. Leigh has won the Palme d’Or in the past, with Secrets and Lies, and I suppose there’s always ‘another year.’

2010 was the year of Thai director Apichatpong Weerasethakul, who has come close before – with Tropical Malady winning the third prize in 2004. Uncle Boonmee Who Can Recall His Past Lives has finally secured him the Palme d’Or.

The second-placed Grand Prize went to Xavier Beauvois’s drama, Of Gods and Men, about the killing of seven French monks in Algeria in the 1990s.

The third most prestigious honour, the Jury Prize, went to A Screaming Man, by Mahamat-Saleh Haroun, from Chad.

Other awards of the night saw Juliette Binoche collect the Best Actress prize for her role in Abbas Kiarostami’s Certified Copy. And the Best Actor award was shared between Spain’s Javier Bardem for Alejandro González Iñárritu’s Biutiful and Elio Germano for La Nostra Vita.

This was not a year for high profile films on the Croisette – especially within the competition itself. Doug Liman’s Fair Game – the true story of how the Bush Administration exposed a former diplomat’s wife Valerie Plame as a CIA agent – was the only Hollywood film up for any awards. Its star Naomi Watts graced the red carpet twice, though, also turning up for Woody Allen’s out-of-competition You Will Meet a Tall Dark Stranger.

In the more arty Un Certain Regard strand, the most familiar faces were Michelle Williams and Ryan Gosling who watched their relationship breakdown drama Blue Valentine with an audience of more than a thousand.

It wasn’t just the festival which was quieter than usual. The market, too, was particularly subdued. As we emerge from recession, the major studios have fewer blockbusters in the can, as was evident from the comparative lack of banners adorning the front of the exclusive Carlton hotel.

The few big films being sold on the Croisette this year included Gulliver’s Travels, with a suitably cast Jack Black in the lead role, the A-Team and Angelina Jolie’s spy thriller Salt.

At the lower end of the budget spectrum, the market was as brisk as ever, with the Palais’ many screens booked for movies such as Left Films’ low budget Umbrage, described by director Drew Cullingham as an ‘Irish vampire cowboy’ film, starring Hellraiser’s Pinhead, Doug Bradley, and Jonnie Hurn, who was also selling one of his own no-budget features in the market.

For every film-maker selling a completed product, there are always many more trying to raise money to shoot their projects. London-based Producer Nick Hirschkorn, from Feel Films, is following up his first two features, ‘Five Children and It’ and ‘Skellig’ with a $16m adaptation of the Whitbread Prize winning novel, The Song of Names. Sir Anthony Hopkins and Dustin Hoffman are lined up for the lead roles and it’s now just a matter of securing the last chunk of money. Even though most of those he’s been meeting are based in London, Hirschkorn insists that the project wouldn’t have come together as easily had he tried to meet the financiers back home. When you meet people in Cannes, he notes, they invite you to parties where you meet more people and set up more meetings – for him, what would’ve been one meeting in London blossomed into five over one weekend in Cannes.

Cannes is also an essential part of the jigsaw for emerging film-makers, such as Philip Clemo, who praised what he called the concentration of connections that you make over just a few days. He first came to Cannes in 2009 with a short film, the Air Holds Still On My Breath, with no idea how to turn it into a feature. One year later, he’s back on the Croisette and his ‘concentration of connections’ has brought him close to distribution deals and some of the key crew working in his field. For others, like director Brian Barnes, Cannes provides an opportunity to catch up with former colleagues that you haven’t seen for years, as the whole industry turns up. He describes his first Cannes experience as a nuclear chain reaction – you’ll talk to someone who’ll say something that’ll lead to something or someone else. He found the networking invaluable and equated the market to having information zipping around like neutrons flying around a nuclear reactor.

Much of that information comes from seminars laid on at venues such as the American Pavilion or the UK Film Centre, which – along with the Kodak Pavilion – are the main venues for meeting and relaxing for many of the Anglophone film-makers. At lunches and talks, you can bump into such random people as Stanley Kubrick’s final cinematographer, Larry Smith, and Craig McCall, whose documentary Camerman, a love-letter to the late Jack Cardiff, has recently had a run at the BFI and featured in the Cannes Classics strand at the Festival.

For most Cannes virgins – and many veterans – it’s the short films rather than the features that fill their time. The Short Film Corner is a venue for sellers and buyers alike. Even one of last year’s Oscar-nominated live action short film-makers, Gregg Helvey, had his film Kavi in the Short Film Corner, but his purpose in Cannes was more about using his newfound kudos to raise money to turn it into a feature. And for those who can tell a story in 30 seconds, Hatice Ãaglar was holding court in the Turkish Pavilion, selling her Art By Chance project, which acquires micro-movies and exhibits them on big screens in city centres and railway stations.

There are three Cannes, in truth. The glitz and glamour of the festival and its sidebars, the big-budget movie-makers doing deals that would make most people’s eyes water and the emerging film-makers, turning up with their short films and pursuing their dream.

You’ve got to start somewhere – and Cannes is probably a good place to try.