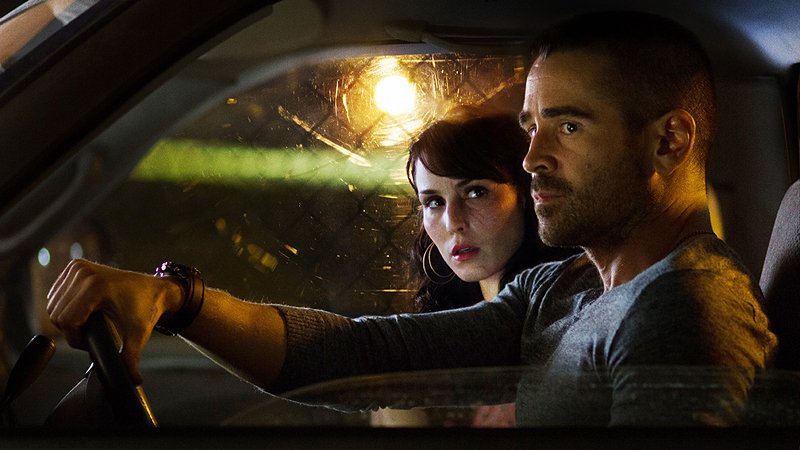 When a gang member turns up dead in a freezer, clutching a note, Alphonse fears for his safety; someone knows too much about what he’s done.

Victor and Darcy are tasked with stepping up his protection.

Meanwhile, Victor catches the eye of Beatrice (Noomi Rapace), an attractive woman living in an apartment opposite him on his estate.

The pair meet for a drink in what seems to be a date, but Beatrice spoils the mood by revealing that she has an ulterior motive. She knows he’s been up to mischief and she’ll make it public unless he does a favour for her; she’s been scared for life and she wants Victor to kill the man responsible.

The international success of the original Swedish version of The Girl With the Dragon Tattoo opened doors for director Niels Arden Oplev in Hollywood and his first attempt to conquer English-language cinema boasts many of the same themes – revenge, painful pasts – it even shares the female lead, Noomi Rapace.

Once again, she plays an outsider seeking revenge – this time, her scars are physical rather than emotional – and she doesn’t have a tattoo of a dragon on her back. Here, her leading man is Colin Farrell’s similarly scarred gangster who, it turns out – without spoiling anything – also has a hidden past he’s trying to come to terms with.

The idea of two troubled characters, finding solace in each other as they try to right the wrongs that have been done to them, doesn’t feel particularly fresh – and indeed, it’s narratively clouded somewhat by the ultimatum she appears to give him when they first meet.

It’s never quite clear whether she’s falling for him or simply using him to inflict justice on her nemesis – a typical commercial feature would have her gradually falling for the man she’s blackmailing, as the film progresses, but it’s not that tidy here, although the murkiness feels more frustrating than fresh.

No stranger to playing oddballs, Isabelle Huppert is as enjoyable to watch as ever as Beatrice’s meddling mother, although her the character itself does feel a little surplus to requirements.

Dominic Cooper’s casting as Farrell’s sidekick also seems odd, although he pulls off the American accent well enough for anyone who doesn’t know he’s British.

Dead Man Down is one of those films where people have secrets – about their past and their present – where the plot starts to jump and feel contrived in order for all the loose ends to come together neatly and the secrets to be warranted.

The film is torn between whether it wants to be an action thriller or a character drama and sways a little clumsily between the two. The final showdown is impressively handled, if a little cliched, but feels somewhat out of place for a film whose true heart is in the characters, rather than the action.