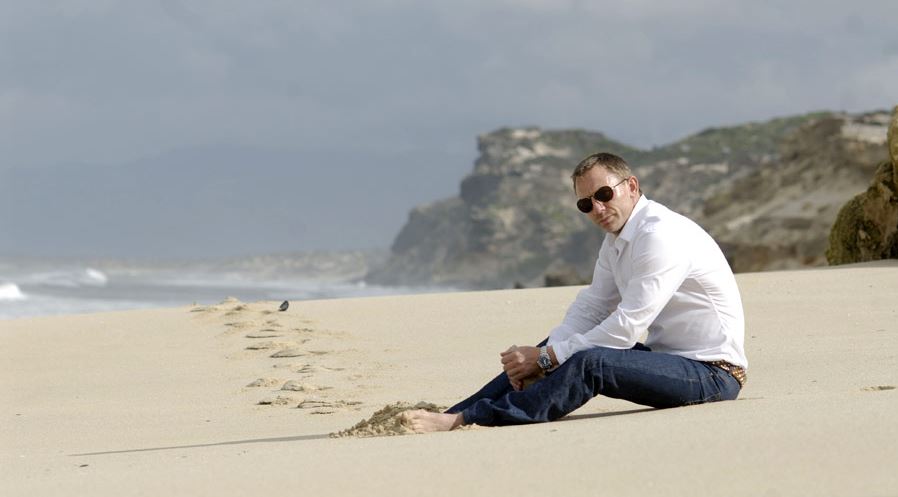 Brit Joe Scott (Daniel Craig) is a washed up Hollywood star whose celebrity lifestyle including sex and drugs has taken its toll.

He leads a vacuous and lonely life in his Malibu mansion despised by all and sundry.

When he receives a phone call from home telling him that one of his best friends has died it makes him reminisce about his youth and face up to the past.

Daniel Craig manages to put Bond behind him here to give a masterful and convincing performance as the arrogant, conceited, vain (he wears concealer without any shame), obnoxious drug addicted has-been, Scott.

He does intense and grumpy very well but the goods news for female fans is that they will get to see a little bit more of him than normal as he bares almost all.

His friend Baillie Walsh wrote the part for the 007 star about five or six years ago and Craig came on board as the lead as well as executive producer helping to raise the money (thanks to Bond) to get the film made.

Craig merely tops and tails the movie as the rest is told in flashbacks as we see Scott as a young man in 1970s England played amiably enough by Harry Eden joined by a solid supporting cast.

Walsh captures the look and the feel of the seventies beautifully thanks in part to a wonderful soundtrack of David Bowie and Roxy Music.

The scenes set in Scott’s English seaside village home were actually shot in South Africa which is somewhat bizarre.

The story told in two halves is seamless and appears stylish and slick but it will make you yearn for a time gone by.