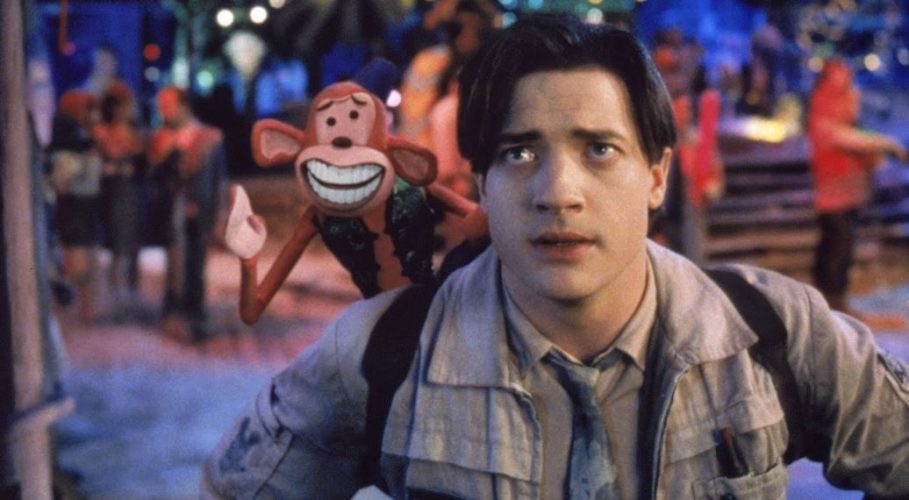 This is a film for people with eyes but no brain.

It’s remarkable to watch, but if you stop to think about what’s actually going on, you’ll want to run out of the cinema screaming.

Brendan Fraser plays the socially inept cartoonist Stu Miley (S.Miley – get it?), who’s on the verge of stardom.

His cartoon about a cheeky monkey is about to be picked up by a television network and toy companies are queuing up to get the merchandising rights. But he’s not interested in the commercialism.

He just wants to show his girlfriend Julie (an embarrassingly wasted Bridget Fonda) how much he loves her, and chooses the night of his big break to ask her to marry him. Unfortunately, before he has a chance, he crashes his car, while trying to escape a giant inflatable Monkeybone and ends up in a coma.

While sleep expert Julie races against time to wake him before the life support machine is switched off, Stu finds himself trapped in a nightmare, populated by his own creations, chief among them, the hyperactive Monkeybone. The only way to escape is to steal an exit pass from Death, played by Whoopi Goldberg. When Stu manages to get one, Monkeybone snatches it and escapes into the real world in Stu’s body. Oh what hilarity follows!

The film is too childish for adults, but too smutty for children. The nightmare sequences are tremendously imaginative and the mixture of animation and real-life is seamlessly elaborate, but the story is so formulaic and banal that it’s almost insulting.