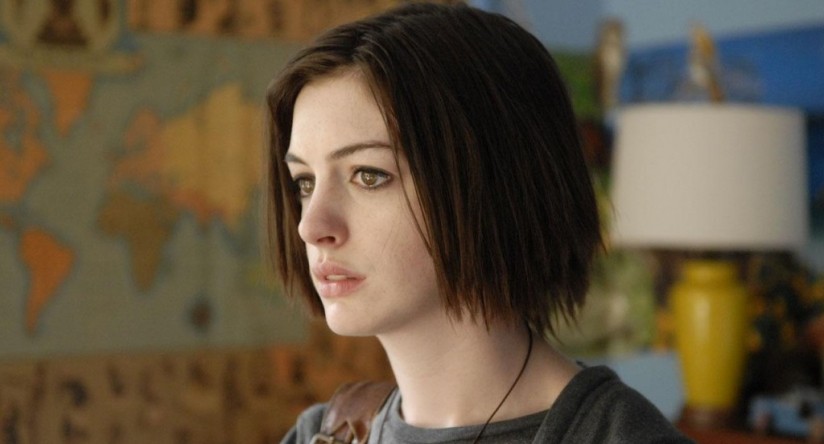 Kym (Anne Hathaway) is released from a drug rehab centre, into the custody of her father, so that she can attend her sister Rachel’s (Rosemarie Dewitt) wedding.

It’s clear from the outset that Kym is a cantankerous and self-centred sort – and years of abuse probably haven’t helped on that front.

Throughout her visit back home, there’s one argument after another, as she tries to put herself at the centre of proceedings.

Even at the rehearsal dinner, when she stands up to toast the happy couple, her speech is all about her.

As the wedding draws closer – and she’s reunited with her estranged mother (Debra Winger) – dark family secrets re-emerge that threaten her recovery and damage the family’s attempts to use a joyous occasion like a wedding to pull together and move forward.

Eschewing her usual comedy fare – like the recent Bride Wars or The Devil Wears Prada – Anne Hathaway doesn’t hold her punches as she turns her attention to drama, tackling the kind of gritty low budget fare that Mike Leigh might have made, had he wanted to work in the US.

The hand-held camera makes the whole film feel very much like the first part of the wedding video, as the family gathers – and of course, argues.

In this sense, it feels authentic – and you can feel the pain and frustration of a family that wants nothing more than to be able to reunite at a wedding.

Even when she goes to a support group, she seems to be making self-destructive decisions that lose her sympathy.

Hathaway has deservedly picked up an Oscar nomination for this surprisingly convincing – and hateful – performance as the bitter, failed, younger sister, and there’s a tour-de-force turn from Debra Winger as she returns to the big screen as the sisters’ hapless estranged mother.

But the film seems too slight. The characters jump through the same predictable set of hoops as you’d expect from the genre – family members are let down, people fall for inappropriate suitors, dark secrets emerge and the eponymous wedding is even inter-racial – although happily this is incidental.

The wedding scene itself drags – perhaps, in an attempt to break the misery of the first hour or more, the film-makers go over the top with celebrations and partying, and since we don’t really like that many of the characters that much, it’s more irritating than it is a relief. Overall, the film isn’t revealing or original enough to warrant a running time just short of two hours.

Ultimately, the success of the film depends not just on the quality of Hathaway’s performance but on the likeability of her character, and with few redeeming features, it’s as hard to like the film as it is to like her.