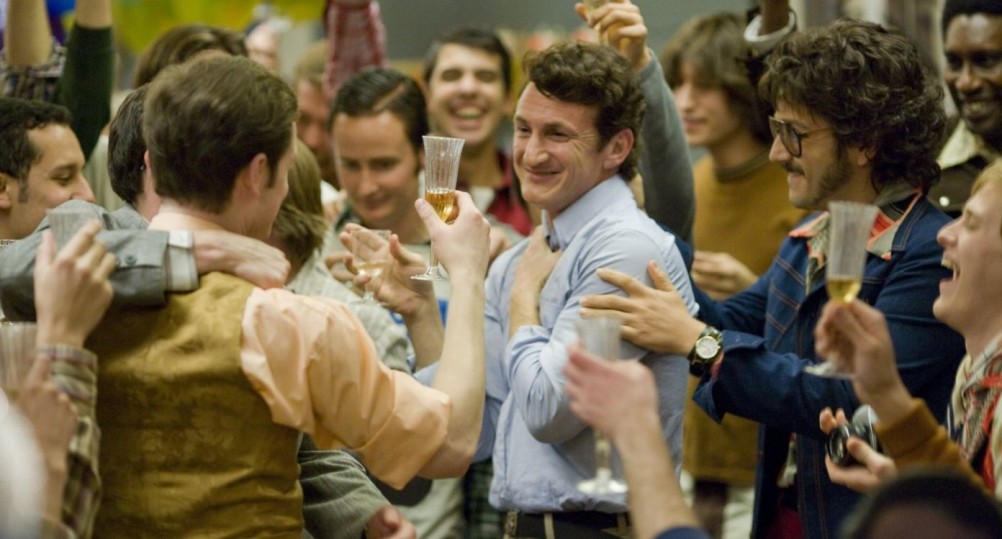 Scene one. Harvey Milk is sitting at his kitchen table, speaking into a microphone. “If you’re listening to this, I’ve been assassinated,” he starts.
Flashback eleven years and Harvey Milk (Sean Penn) quits law and becomes a gay rights campaigner — turning the Castro area of San Francisco to the gay community’s Mecca.
After several attempts, with an ever growing band of supporters, he eventually becomes the first openly gay man to be elected to public office in the US.
Once on the council, he gets straight down to work, wheeling and dealing with his fellow city supervisors, including Dan White (Josh Brolin), who agrees to vote against some anti-gay legislation if Harvey opposes the building of a psychiatric centre on his patch.
The film flits back and forth between Harvey recording his will – or memoirs – and some of the key events of his later life.
That he eventually dies is revealed from the outset – so the film is more of a fascinating character study and a history of a social movement that – it’s probably not being too melodramatic to suggest – changed the world.

Depending on how much you know about the story of Harvey Milk before heading in to the cinema, as the story unfolds, you’ll find yourself watching a different film.
The director, Gus Van Sant, clearly believes we all know the story intimately already – perhaps in San Francisco’s gay community they do, but not here – so when I heard him, in a recent radio interview, spray the name of Harvey’s killer liberally across the airwaves, I was rather shocked and disappointed.
Not knowing how he dies adds an extra element to an already impressive drama – making it not so much a who-done-it as a who’s-gonna-do-it?
This technique of narrating a film in flashback is being used increasingly, and it’s getting a little irritating. Like the recent The Reader, this would not have been any less exciting – or revealing – had it just been told chronologically. For those who knew the story, it would’ve made no difference – and for those who didn’t, it would actually have made it considerably more powerful, as his death would’ve come out of nowhere.
If you don’t know who did it, go and see the film before you find out, because it’s worth adding the guessing game to the experience of lapping up Sean Penn’s perfectly judged performance.
Josh Brolin is equally deserving of his Oscar nomination, turning in a terrific counterpoint to his recent performance as George Bush – once again, playing a confused and conflicted character, who is charming and smarmy in equal measure.
Milk’s entourage is also expertly played – from his long-suffering straight-acting boyfriend (Franco) to the campest of queens he replaces him with (Luna) – the film takes you back to 1970s San Francisco.
It’s very much a film, though, that will appeal more to the people whose lives it portrays and it will probably find it tough to find an audience among heterosexual cinema-goers.
This is evidently and necessarily not a film about characters who happen to be gay – this is a film where homosexuality is thrust out of the cinema screen right at you – and I’m not entirely sure to what end. It’s unlikely to make homophobes any more tolerant, but for those who already sympathise with the cause, they will identify with his struggle.