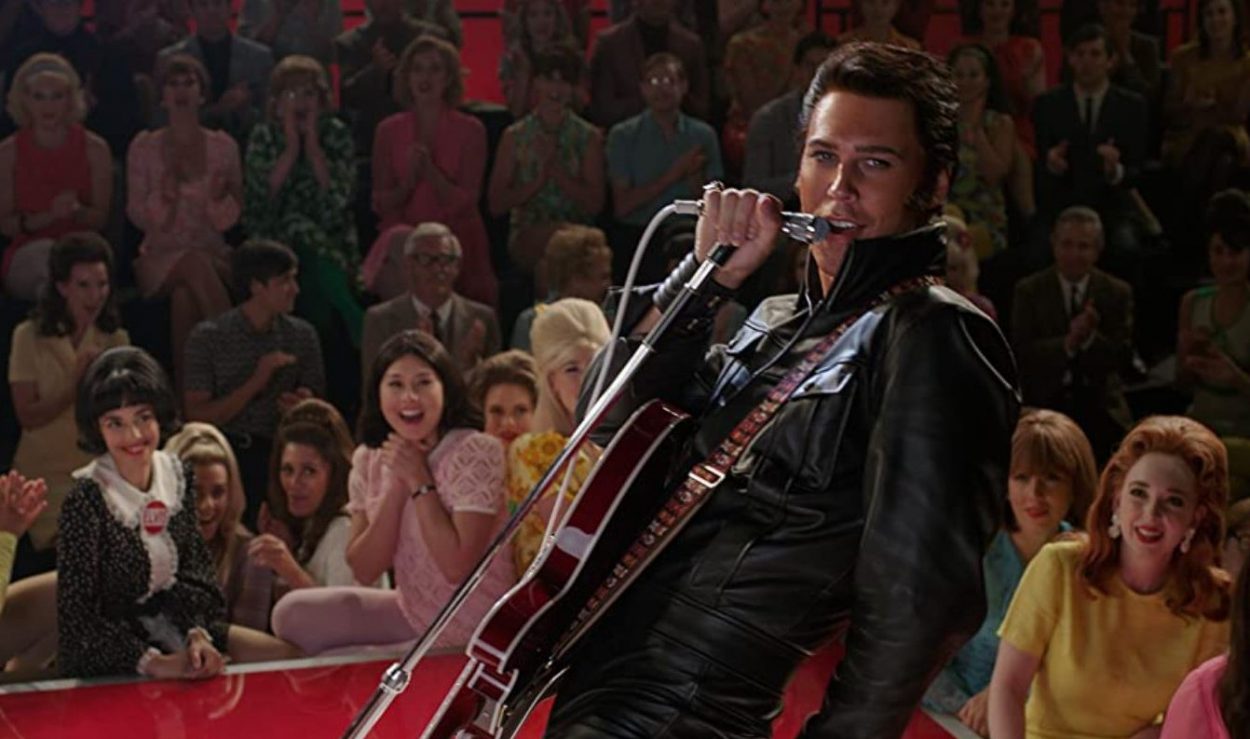 In 1955, a small-time music manager “Colonel” Tom Parker (Tom Hanks) is travelling the US with the country singer Hank Snow when he discovers a young Elvis Presley (Austin Butler) performing at a local talent show.

He sees dollar signs before his eyes and instantly signs the youngster up, quickly securing him a record deal, a film career and global superstardom.

But the longer their business partnership continues, the clearer it becomes that the ruthless, focussed Colonel Tom is not an altruistic man – he only has Elvis’ best interests at heart so far as it benefits him.

The story of arguably the most famous singer the world has ever seen seems like the perfect fit to be the sixth feature from Baz Luhrmann, the man behind such exuberant musical movies as Strictly Ballroom and Moulin Rouge.

One of the hardest things about turning your attention to a biopic is deciding which period of the protagonist’s life to portray; Luhrmann and his team have gone for his entire career – from the moment he was discovered until (oddly) just a couple of years before his death, with a few flashbacks to his childhood and a flash-forward to his death. Even a running time in excess of two and a half hours isn’t really enough to cover a sprawling twenty year long narrative, making some of the plot feel somewhat unfocussed and clunky as it jumps from one moment to the next.

Two of the key dramatic, defining moments just come almost out of nowhere – one moment, he’s happily married and the next, she’s leaving him, not for the infidelity, but for the drugs – infidelity and an addiction we only really saw for the first time in the previous scene. His death is also just announced, without seeing any particular decline. Was he driven to his death by an abusive manager – could he just not cope with the fame – was his death inevitable – what are we supposed to make of this?

And the passage of time isn’t always obvious, as they don’t make much of an effort to age the youthful Butler – it clearly looks better on screen to have the star looking at his best.

It’s a big helping, don’t worry, but this film is narrated by a frail, elderly Parker, attempting to justify what turns out to have been a somewhat selfish – almost abusive – relationship he had with his charge.

With this much concentration on Parker, this might have better been called Tom – a film about how the unscrupulous businessman came to the US and why he couldn’t leave. And why he wouldn’t let Elvis tour abroad, without him in tow, if we’re to believe that he’s simply using the star to make as much money as possible for himself.

Luhrmann is also hedging his bets on whether Parker is truly a villain or a kingmaker. He seems to settle on villain, while presenting him as more of a loveable rogue – an embarrassing uncle – a Fagin figure. He certainly takes the position that without Parker, Elvis would not have been the global star that he became. The Colonel’s narrative suggests that he saved the singer from his own hubris – protected him from the censors – nurtured him through the journey from singer to film star – and yes, made as much money for himself as he could. But that’s show-business. We’re eventually told that he’d abused Elvis – but apart from an invoice, sent in anger after Elvis walks out, we don’t really see any evidence of anything more than a business relationship – weighted in Parker’s favour, perhaps, but 100% of nothing is nothing. Perhaps, though, this is just a consequence of telling the story from Parker’s point of view.

But given that the film is called Elvis, we don’t really get much of a sense of the man himself – what inspired his greatness? He didn’t come from a broken family – he wasn’t trying to escape a life of crime – he just happened to be able to sing and wiggle his hips. From this narrative, it appears he just stole gospel and jazz songs he heard others singing, rather than being a creative force in his own right.

Butler embodies the King as he grows into the role – perhaps overly confident at the start, his stage performances are – rightly – the highlights of the production. Colourful, bold and loud enough to be heard over the screams of his fans – even from the first time he climbed on stage. Butler’s athleticism could have seen him on the Olympic podium, had he chosen a different career path – his performance is remarkably authentic; it didn’t really matter that he didn’t look that much like the star; until you see some stills of the real Elvis over the closing credits, you completely accept Butler in the role.

Tom Hanks, though, delivers perhaps the more interesting performance. It perhaps the underlying lovability of the star who’s almost exclusively played good guys throughout his career that makes it harder to accept Parker as a true villain in the first place. Hiding under a fat suit and a non-descript European accent, his an enigma that probably would have warranted a film of his own.

Luhrmann, Butler and Hanks have delivered a very long, perfectly entertaining journey that has enough to appeal to Elvis fans but doesn’t go far enough to get inside the star or provide enough insight into his tortuous but symbiotic relationship with his manager.