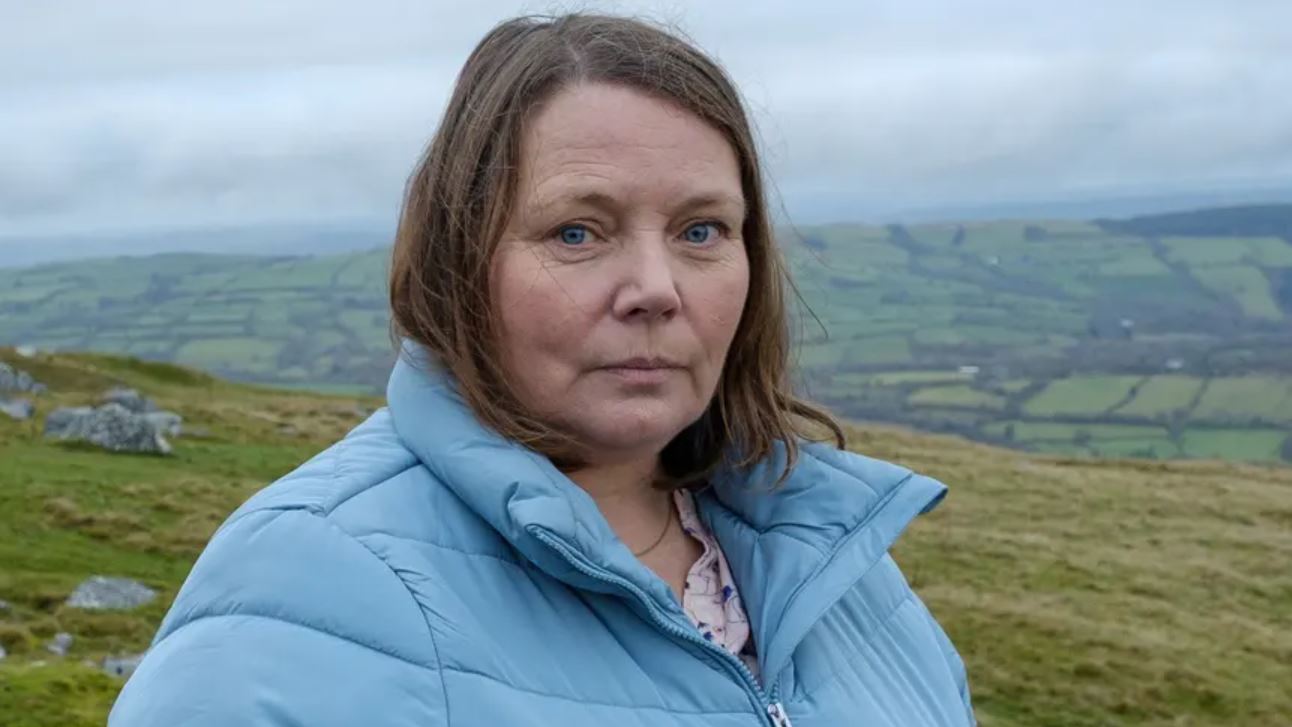 Joe (Iwan Rheon) is released from prison after serving 18 years for the murder of 15 year old Ela (Ella Peel), in the picturesque little Welsh town of Llanemlyn.

He’s never disclosed why he killed Ela or where her body is. “I can’t help you with that,” is his response when Sharon confronts him.

Perhaps the return of an old school friend of Ela’s, Cat (Alexandra Roach), might bring about some answers; she’s now a journalist and she doesn’t mind ripping the community apart again if it helps her tell the story.

Over four and a half hours, Alexandra Roach’s exotically-named Cat Donato returns to her home town after many years and starts rustling some feathers to try to discover the truth behind an eighteen year old murder.

The structure feels a little artificial – she doesn’t really seem to be a proper journalist – just a budding reporter, without an outlet or a publication, but who’s boyfriend says he’ll publish a story if she gets one.

While having Cat as a catalyst for the truth to emerge feels somewhat arch, it’s interesting that the story that eventually does come to the surface hardly resembles the generally accepted facts, suggesting that the judicial system isn’t necessarily all it’s cracked up to be.

Full of red-herrings, conveniences and cover-ups, Cat comes under pressure as she gets closer to the truth, while Sharon falls in with the wrong crowd as she tries to get to the bottom of her daughter’s death in her own way.

The series makes effective use of cliff-hangers to ensure that the compelling thriller moves along at a snappy pace but with each revelation, the story becomes a little less convincing, with characters either turning out to be blunt stereotypes or acting completely against type. While some of the characters are clearly central to the narrative, too many of the supporting cast conveniently turn up to nudge the plot in one direction or another, exactly when they’re needed, before vanishing again.

Joanna Scanlan is a powerful screen presence, as ever, but her role is somewhat tangential to the real story; Iwan Rheon does a good job of eliciting support from viewers despite his background; but Alexandra Roach – who’s at the heart of the narrative – is annoying enough that it’s perhaps not surprising that she’s not welcomed with open arms on her return to Llanemlyn and it perhaps is surprising that she gets anywhere with her investigation at all.

The Light In The Hall – named for victim’s mother leaving the light on in the vain hope that her daughter might come home – has some interesting things to say – about grief, self-preservation and a mob mentality. It’s notable that the convicted killer is perhaps the most sympathetic character but perhaps a bit predictable that the most respected figures in the community seem to have the most to hide.

It sets out to subvert expectations but ends up playing very much to form. In fact, it’s potentially so formulaic that another TV drama – out at the same time – follows almost the same plot; Without Sin has Vicky McClure in Joanna Scanlan’s role as the now-single mother, speaking to the man convicted of her daughter’s death, trying to find out what really happened on that day.