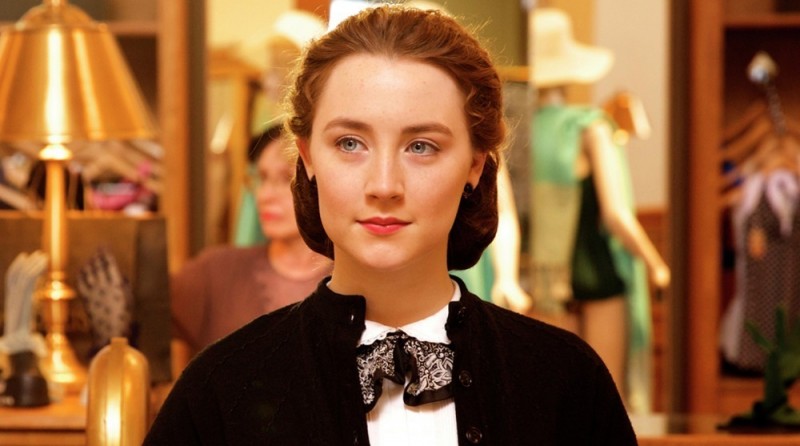 Set in the 1950s, it is about a young woman, Eilis (Saoirse Ronan), who leaves her small home town of Enniscorthy in Ireland to travel to Brooklyn, New York to forge a new life for herself.

There she falls in love with Tony (Emory Cohen), an Italian American plumber.

However when she is forced to return home following a family tragedy, she finds herself being sucked back into her old life.

As she begins to be courted by the eligible Jim (Domhnall Gleeson), she discovers she is torn between two men and two countries.

This is a gentle, gorgeous coming-of-age romantic drama which captures the pain of wanting to be in two places at once.

Nick Hornby’s adaptation of Colm Toibin’s best-selling novel is delightful and stirring, while beautiful and understated, like Toibin’s prose.

The director John Crowley wisely refuses to rush the action letting it unfold slowly in its own time, devoid of any melodrama.

Saoirse Ronan is striking and captivating as Eilis as she transforms from a shy and homesick Irish girl into a confident and sophisticated woman. She is totally bewitching on the screen and convincing in being torn between two men and her old life in Ireland and her new one in New York.

She meets her match in Emory Cohen, who is superb as the kind and mild-mannered Tony, a good man,  who offers Eilis a stable yet exciting future.  While Domhnall Gleeson plays the guy that every Irish girl in Enniscorthy dreams of landing.  He is the local catch.

A solid supporting casting includes Jim Broadbent, as the warmhearted Irish priest who welcomes Eilis to Brooklyn, finds her work in a department store and accommodation in a boarding house run by Julie Walters.

Walters is in top comic form as the sharp witted Mrs Kehoe who keeps a watchful maternal eye over her female lodgers.

The film conveys quite realistically the claustrophobia and the lack of privacy of life in a small town where everyone knows each other’s business and everyone’s a critic; also the hardships of leaving home for the first time to move to a new country and continent, the fear of the unknown and the unrelenting homesickness which descends without warning.

Brooklyn is an exquisite, sumptuous and moving romantic drama, with flawless performances throughout, which is just a joy to watch.