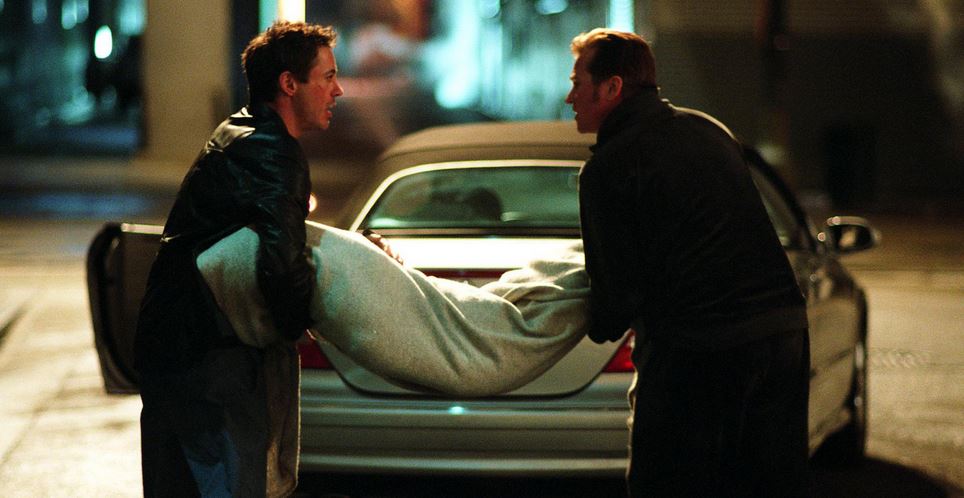 Small-time crook Harry (Robert Downey Jr) stumbles into a film audition, while fleeing the cops, and ends up being flown to LA for a screen-test.

To help him get into character for the role, he’s paired up with the tough private-eye known as Gay Perry (Val Kilmer) – for good reason.

But as he starts dipping his toe in the murky world between the glamour of Hollywood and the LA underworld, things – as is so often the case – don’t quite go to plan.

Chance – and not so chance – meetings with a child-hood friend (Michelle Monaghan), a door and a dog are just some of the incidents that set the ball rolling on a fast and furious, comedy-action-buddy-noir movie.

Writer-director Shane Black throws as many genres as he can at the screen to see what sticks and luckily for him, they all do.

Partly thanks to Kilmer giving perhaps his finest performance in years and Downey Jr delivering a turn of the impeccable standard we’ve come to expect from one of Hollywood’s most tragic – yet reliable – stars.

There’s no doubting the fact that the plot is rather tangled and complicated, but with writing this sharp and insightful, performances that positively lift the gags off the page and thrown them at the audience and beautiful photography, taking full advantage of all the coloured lights the LA night-scene has to offer, the storyline is forgivably secondary.

Despite the undoubted violence and sleaze, everyone is clearly having fun – off screen, that is.

One of the many joys of this film is the knowing nature of its narration, which almost constantly winks at the audience and side-swipes Hollywood and the entertainment industry to which it plays host.

From the moment Harry’s voice announces “That’s me” as we’re watching him observing guests at a pool party, to the moment he assures us that he won’t give us seventeen endings, like Lord of the Rings, it’s one of the most dangerously and shamelessly fun movies of the decade.