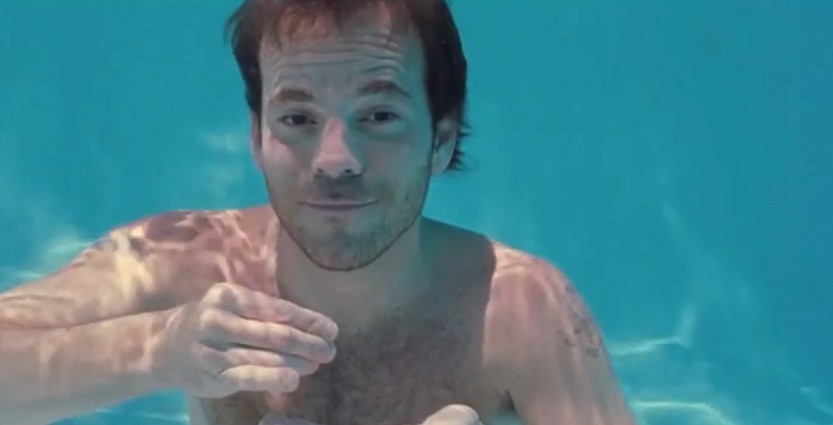 Film star Johnny Marco (Stephen Dorff) is so at ease with his Hollywood celebrity that he just dozes off, in the middle of the afternoon, while two strippers are giving him a private pole dance in his room at the Chateau Marmont hotel where he’s made his home. This is his life.

On those rare occasions when he actually does a bit of work and makes a film, he gets flown across the world to promote them and pick up awards.

Just ahead of one of these trips, his ex turns up on his doorstep and asks him to look after their ten year old daughter Cleo (Elle Fanning) for a while.

So she just hangs around the Chateau Marmont with him, playing table-tennis and swimming, accompanies him to Italy on a junket, and generally forces him to buck his ideas up a bit.

I’m sure this is a tremendously accurate portrayal of a large proportion of Hollywood stars, tired of the trappings that come with their success and happy just to slum it in a hotel room.

For anyone who identifies with that lifestyle (such as the industry professionals who awarded it the top prize at Venice), they’ll stare sheepishly at the floor and nod knowingly at the screen as they mutter under their breath – or perhaps with excitement – “My God – that’s exactly how it is!”

But it’s not particularly surprising or revealing. We see enough films about the people behind our films to have at least some idea that some of the stars might be a bit lazy, self-important and, to be honest, quite dull.

So, for those living the life, this will provide a glimpse into their own lonely existence and for the majority of us on planet earth, it’ll do little more than tell us that there are some celebs who live how we’d probably expect them to anyway.

Perhaps the most refreshing thing about this desperately slow character study, is that while in most films of this ilk, the arrival of the mature child would embarrass the irresponsible, child-like parent into growing-up, Johnny Marco treats Cleo more like a friend than a daughter, and remains every bit as uninterested in getting any more out of life.

That fatalistic approach is perhaps as realistic as it is depressing, but not feeling that Johnny grows emotionally or learns anything about himself or his relationship with his daughter, we don’t like him any more or less at the end than at the start, which makes you wonder why the film was made and why we should bother seeing it.

There’s much to enjoy in this film, but it doesn’t add up to anything – a handful of moderately amusing or insightful vignettes – windows into that world – but there’s nothing shocking, surprising, enlightening or even interesting.

Dorff and Fanning deliver perfectly respectable performances, but the languorous pace of Coppola’s direction, which allowed Lost in Translation to unfurl at a delightful pace, here leaves you just wishing the film would hurry up and go somewhere.