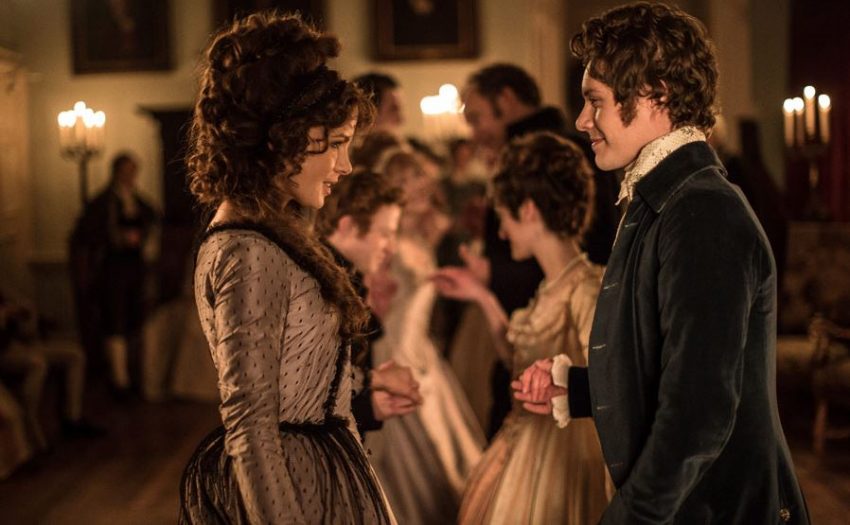 In an adaptation of a Jane Austen novella, a scheming socialite widow Lady Susan Vernon (Kate Beckinsale) moves in with her late husband’s brother Charles (Justin Edwards) and his wife Catherine (Emma Greenwell).

Lady Susan has an eye on Catherine’s charming younger brother Reginald (Xavier Samuel), whose parents (James Fleet and Jemma Redgrave) warn him that associating with her could damage the family’s reputation.

It’s generally felt that Lady Susan’s daughter Frederica (Morfydd Clark) would be a more suitable match for Reginald, but he’s blinded by her mother’s guile.

Lady Susan herself is content for Frederica to pair up with Jane Austen’s version of Harry Enfield’s Tim Nice-but-Dim, Sir James Martin (Tom Bennett), whose affable oaf is constantly surprised, confused and charmed by everything he sees and everyone he meets.

As her scheming escalates, to find suitable matches for herself and her daughter, Lady Susan plots with her friend Alicia (Chloë Sevigny), to ensure that she always remains a step ahead of anyone else.

Kate Beckinsale is a magnetic presence throughout almost every frame of the film, but her character being necessarily scheming, the protagonist we’re asked to follow is generally quite unlikable, which is challenging for the film-makers to overcome.

Many of the women she’s surrounded by in this feminist fable are rather dull foils but the men are largely the interesting and sympathetic characters as the women in their lives generally control their every thought and decision. From Justin Edwards and James Fleet to Xavier Samuel and Tom Bennett, the men – while the weaker characters from the point of view of their control over their own destiny are far more engaging than most of the women.

Beckinsale, the men and a handful of the women are blessed with Whit Stillman’s bristling dialogue and surprisingly brisk direction, given that the film begins with captioned introductions to the main players in such a way that you think you’re going to get swamped by a mass of characters and you’ll have to concentrate hard to keep up – but Lady Susan’s scheming is actually far easier to follow that you might expect.

It’s a delightfully British piece of light and frothy confection, more worried about the period feel than the detail, from an independent American director who launched his career in the 1990s, with similarly talky films, such as Metropolitan, Barcelona and The Last Days of Disco – which also featured Beckinsale and Sevigny.

One of the most striking things about Love & Friendship is its certificate – a U – it’s not often that you find a film deemed suitable for everyone, but as is often the case, while there’s nothing in there to worry the censors, this is not a family film that will appeal to children.

It’s dialogue heavy with a dense and intricate plot, tackling adult themes but in a way that your grandmother would enjoy. It’s just a little tough to know how to root for, meaning that you spend most of the film in awe at Lady Susan’s chutzpah and feeling sorry for – but being entertained by – the men in her sights. In that sense, Love & Friendship is a film that engages the head more than the heart.