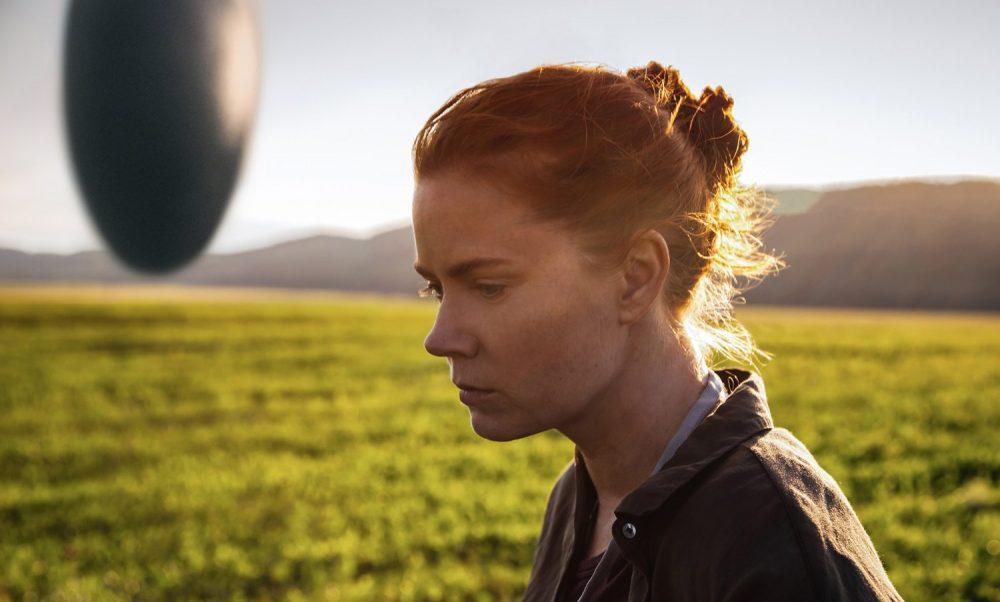 All around the world, gigantic, mysterious, shiny black ovals have come down from the sky.

It turns out that they’re alien space-craft and their passengers seem to want to communicate.

But while the American team is keen to build up a dialogue, some of the other countries aren’t so enthusiastic about waiting to find out their guests’ intentions.

Coming off the back of his high-octane drugs thriller Sicario, Arrival is a big change of pace for Canadian director Denis Villeneuve.

It’s a slow, deliberate and measured take on the time-honoured alien-invasion genre – with none of the city-scape destruction we’ve come to expect from such films.

There’s a lot you could read into Arrival – visitors from elsewhere, unable to communicate – do you try to help them or get rid of them? Is this a statement on immigration? Or is the metaphor about improving communication to deal with more parochial stand-offs? How important is it to make sure you really listen to each other during a family feud? But while either interpretation might be possible, neither is particularly explored as the film becomes a quietly confident exploration of linguistics and science as seen through the eyes of our two protagonists.

It’s a bold attempt to do something different with the sci-fi genre and its efforts to bring an element of sci-fact into the storytelling are admirable, but much of the linguistic theory, while it sets off authoritatively, ultimately fails to convince and the science languishes some way behind it.

There’s little narrative to it and while it’s interesting to see how countries around the world initially co-operate, before deciding to take their own approaches, it leaves you wondering why and how the plot unfolds as it does.

Amy Adams is on particularly earnest form as we’re asked to believe that her science is guided by her experiences in a way that wouldn’t be the case for other experts in their field.

It’s visually imaginative with a fascinating approach to its own pseudo-science, but the structure is deliberately confusing and the message disappointingly opaque.