2017 has been a tumultuous year for the film industry, courtesy of the man once branded “God” by Meryl Streep – the formerly untouchable mogul Harvey Weinstein. The scandal completely overshadowed what had previously been the big controversy of the year – white-washing – or the casting of white actors as often fictitious characters originally perceived as a particular non-white ethnicity; as white British actor Ed Skrein concluded, it’s apparently more appropriate for a Korean actor with no Japanese or white heritage to play a mixed-race white-Japanese character.

But now, with Christopher Plummer receiving a Golden Globe nomination for taking the role of John Paul Getty in All the Money in the World from the tainted Oscar-winner Kevin Spacey, white-washing has perhaps been replaced by laundering, leaving directors such as Edgar Wright, who cast Spacey in possibly his final film role – for now at least – Baby Driver, wondering what future his film might have, through no fault of his own. 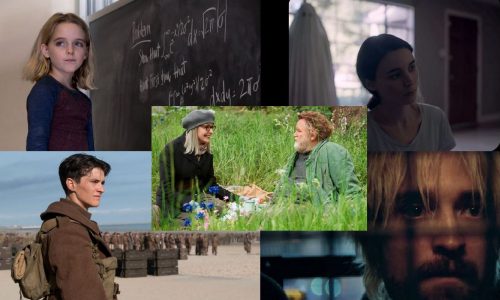 But while the #OscarsSoWhite hashtag of 2016 was replaced by the #MeToo hashtag this year, let’s not forget about what was actually going on up on the silver screen. From another IMAX epic from Christopher Nolan to a heart-thumping no-budget crime thriller from a previously unknown pair of brothers, there are many highlights to leave us feeling positive about cinema this year.

Of course, 2017 also had its share of turkeys too – whether they’re unfortunate failures, well-meaning mishaps or wilful assaults on the art-form.

Perhaps the most delightful thing about cinema is that while What’s Worth Seeing’s film critics, Jason Korsner and Maria Duarte, constantly argue about many films they see – some of which you’ll notice below, there is a surprising degree of convergence. So here we go – what was worth seeing in 2017 – and what wasn’t?