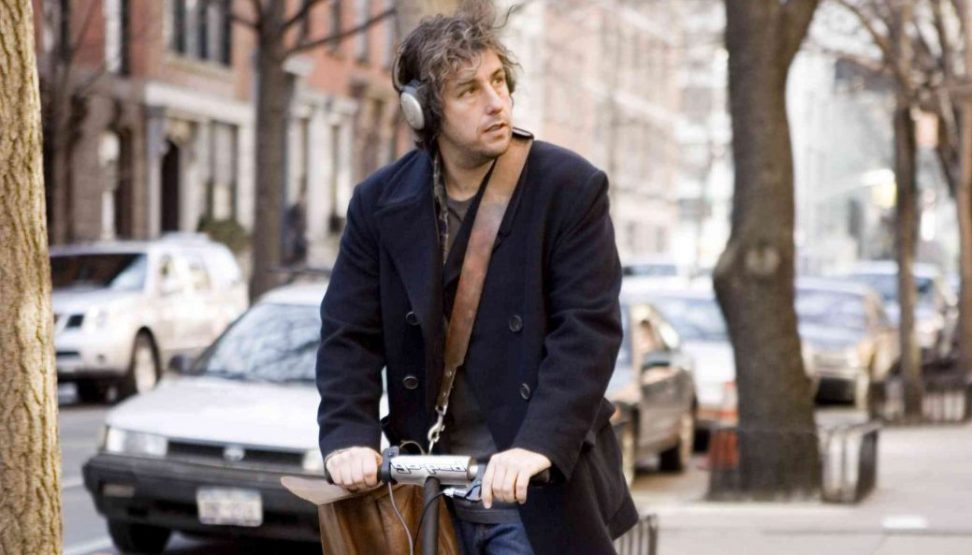 Alan (Don Cheadle) is a cosmetic dental practitioner – struggling with everything from a marriage lacking in emotion, the frustration of helping rich New Yorkers look nice and an insane stalker of a patient, Donna (Saffron Burrows).

From time to time, he tries to steal some free advice from his impossibly attractive psychiatrist friend Angela (Liv Tyler).

One day, while he’s stuck in traffic, he spots an old colleague, Charlie (Adam Sandler), whizzing past him on a motorised scooter, and feels compelled to give chase.
Charlie basically shut off from his entire life and withdrew into his own world, after his wife and kids died in a plane crash, more than five years earlier.

When Alan catches up with him, Charlie doesn’t remember anything about him – and refuses to remember that his family ever existed.

Alan sets himself the challenge of helping Charlie come to terms with the loss and get his own life back on track.

At times, Charlie seems to be taking to his treatment – his reintroduction to life by Alan, frustratingly brief sessions with Angela and the emotional attentions of Donna – but at other times, he throws destructive temper fits and returns to “go” without collecting the proverbial $200 (as might happen in the Manhattan version of Monopoly) – and only music, blaring through his unfeasibly large headphones, can calm him down again.

All the while, his in-laws are torn between welcoming him back into their lives and having him committed to an institution – a decision ultimately handed to them by a no-nonsense judge (Donald Sutherland).

This is a surprisingly powerful story of personal rediscovery – almost a rebirth – for a 9/11 survivor.

It’s a sensitive handling of a small, personal part of a major, global tragedy.

Sandler – as ever – turns in a far better performance in a drama than he does in comedies, even if he mumbles a little too much. Don Cheadle’s hapless but worthy dentist also rings true, as he tries to fix his own life by fixing someone else’s. Their love-hate relationship is warmly and humorously played, although some of the other characters are a little to simply drawn.

As the plot turns from Sandler’s recovery to the way society around him reacts to it, a few too many corny moments damage its credibility and the film isn’t as really as profound as it thinks it is. It’s stretching it a bit to see a grown man scooting aimlessly around Manhattan as a lost soul searching for his past – and as someone who travels the streets of London on a scooter, even I thought there was rather too much of it.