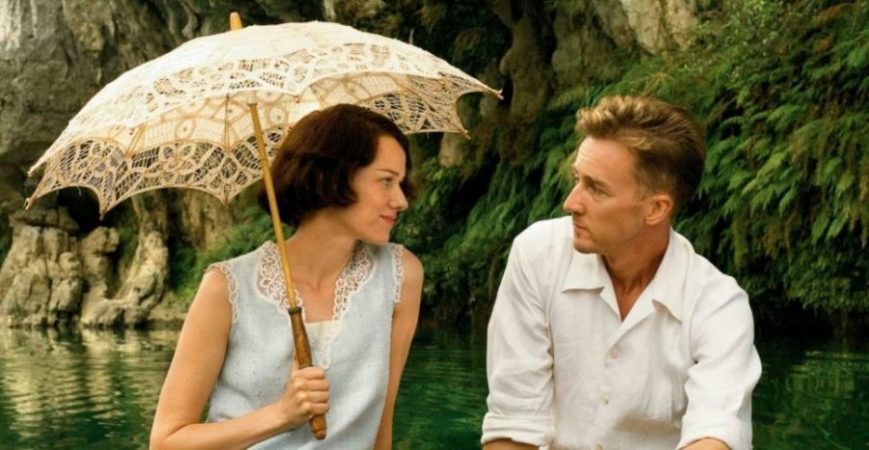 In emotionally-stunted 1920s England, young doctor Walter (Edward Norton) is enchanted by wealthy heiress Kitty (Naomi Watts). She goes along with the courtship, against her better judgement, largely to keep her parents happy.

Walter is posted to Shanghai, where at a cabaret club, the couple meet a married diplomat, Charlie (Liev Schreiber), and his wife.

When Walter finds out about their affair, Kitty offers him a quiet divorce, but he threatens to embarrass her by making her infidelity public, which in those days was a rather more powerful weapon than it might be now. The other option he offers her is to stay with him – but move to a remote village in the heart of a cholera epidemic.

When Charlie tells her he won’t leave his wife for her, she agrees to journey inland with Walter.

Initially, they can’t stand to be in each other’s presence, but as happens in such stories, they eventually learn to love each other, but by then, is it too late?

This latest attempt to bring W. Somerset Maugham’s novel is easy on the eyes and ears – with beautiful sets, costumes, cinematography and music – but emotionally, it’s painfully cold.

It’s clearly a challenge from the outset to make a drama about a relationship with no passion – even when they hate each other, the woefully staid underacting means the characters hardly show it. It makes for a passionless and thoroughly unengaging film.

With lead actors as strong as Ed Norton and Naomi Watts, it’s amazing how disappointingly unconvincing they are – they both seem to struggle horribly with the English accent from the moment they first open their mouths – and the performances go downhill from there. The clipped, prim dialogue just doesn’t sound right in their voices.

The emotional core of the film is unclear – at first, it seems like we’re meant to identify with the wronged husband, but how can we feel for a man who bullies his wife into accompanying him on a journey to almost certain death in the middle of a virulent cholera epidemic?

The most interesting characters by far are Toby Jones – as Walter’s fellow British doctor – and Diana Rigg – as the head of a local convent.

But with lead characters who are passionless, cantankerous, generally unpleasant people, you hardly have a recipe for a great romance film – tragic or otherwise. We simply don’t care about either of them until it’s too late.

At more than two hours, you’ll begin to wish that you’d been sent to a cholera colony where you could have been put out of your misery.