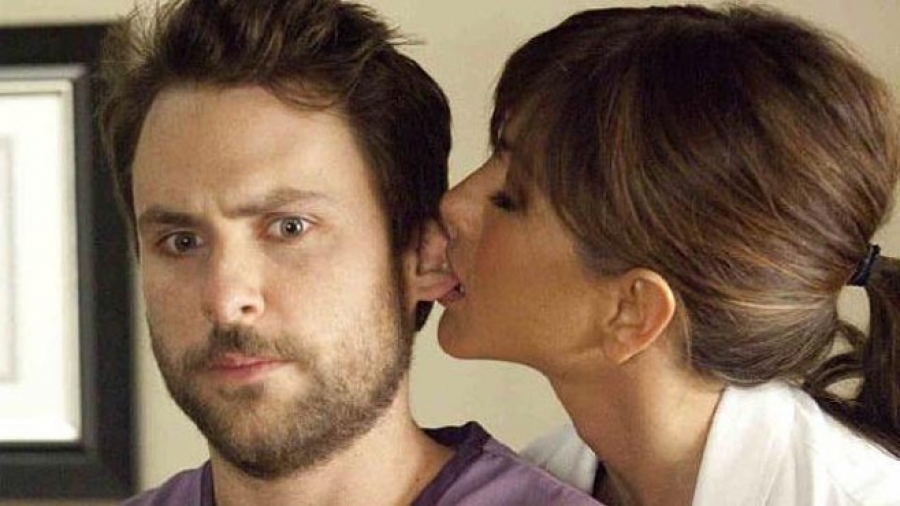 Nick (Jason Bateman) believes he is due for a promotion in his high-flying sales job, but his boss Dave Harken (Kevin Spacey) is a sadistic bully who promises the world and delivers nothing but humiliation.
Dental assistant Dale (Charlie Day) is about to achieve his dream of becoming a husband, but his boss, dentist Julia (Jennifer Aniston) will stop at nothing to sleep with him before he ties the knot; drugging him and blackmail are not out of the question for her.
Womanising Kurt (Jason Sudeikis) loves the boss at his chemical company (Donald Sutherland) – the catch, of course, is that no sooner have we met him than he dies, leaving the company to his selfish, ruthless, thoughtless oaf of a son Bobby (Colin Farrell).
On a night out together, the three friends decide that they can’t take any more of their horrible bosses – the only solution, it seems, is to kill them.
Never having ventured into this territory before, they seek the help of an expert – but rather than finding someone to do it for them, the shady character they find in a dive bar in a dodgy part of town (Jamie Foxx) points them in the direction of Hitchcock’s Strangers on a Train – they should each kill another’s boss, so that police wouldn’t be able to find any motive in any of the murders.
Stage one: reconnaissance. Doesn’t go to plan.
Stage two: execution. Doesn’t go to plan, of course.
Will justice be done? And whose justice?

Many of us can identify with the idea of having an unsympathetic boss.
How often have you muttered, under your breath, “I’m going to kill him!”
But how many people do you know who’ve actually gone through with it? And I guess here’s the real question in considering the merits of this film – if someone you knew DID go through with it, would you find it funny? This is, after all, a comedy.
The problem with Horrible Bosses is that such a storyline can engender humour effectively only if it has the acerbic wit and inherently thematic darkness of the early works of Neil LaBute or Todd Solondz. But presenting three lovable would-be murderers in a film that feels more like the Hangover makes for an uneven mood.
The discomfort and frustrations of Bateman’s Nick and Sudeikis’s Kurt will elicit sympathy from many viewers. But it will be harder for most audiences to feel sorry for Day’s geeky Dale, who’s horrified by the advances of the gorgeous Jennifer Aniston.
However, while it’s not a fate most men would be running from, it’s true that on one level, this could be seen as an enlightening sociological satire, conflicting, as it does, with the more usual state of affairs, in which an ugly old male boss is trying to force himself on his attractive young female assistant. That, of course, is a situation that would be more realistic, but more the ingredients of a drama than a comedy.
And you will laugh – Bateman’s stature as a comedy straight-man is continuing to grow and the up-and-coming TV-convert Sudeikis makes as effective a sidekick as he made in Hall Pass but, partly because of the difficulty in finding his situation problematic, Day is less appealing as a character.
As the bosses, Spacey is deliciously snide and sadistic, Farrell is overtly odious and a sex-starved Aniston is – well – gorgeous, but not all that menacing, although she does get a little creepy.
There are a couple of effective gags from Jamie Foxx early on, but each subsequent appearance ploughs the same furrow. And a running gag with an in-car sat-nav grows first tiresome and second as unrealistic as the rest of the plot.
It sometimes feels unfair – or churlish – to criticise the plot of a film which isn’t claiming to be grounded in reality, but the further it strays from the reality it creates for itself, the harder it is for us to go with the flow.
The key performances are mostly fun or effective, as required, and there are a handful of laugh-out-loud moments – mostly involving Bateman, Sudeikis or Spacey – and mostly they’re the throwaway moments.
But there are just as many groans, not least from the scatter-gun approach to cinema references, whether it’s becoming the latest film to borrow a major plot point from Hitchcock – knowingly – or the knowing use, or abuse of movie quotes. It even tries to use itself as a reference for one gag, which would be excusable in a more clever film, but here it feels like it’s clutching at straws.