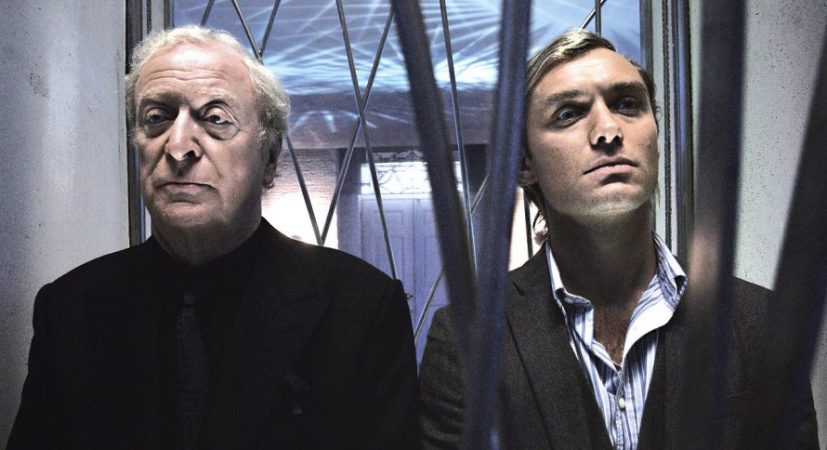 The film opens with actor Milo Tindle (Jude Law) arriving at the impressive residence of famed writer Andrew Wyke (Michael Caine). Tindle has no interest in the novelist – he hasn’t even read any of his books.

It’s clear from the start is that Tindle’s only interest is in Wyke’s wife. He’s having an affair with her and wants Wyke to give her a divorce.

But Wyke has no intention of giving her up without a fight and using all the creativity his writer’s mind can muster, he begins a series of dastardly psychological-games, aimed at unsettling his wife’s young suitor – but Tindle can give as good as he gets.

This isn’t so much a remake of the 1970s original, but a reimagining.

Sir Michael Caine – who played Tindle in the original – returns in the role of his former nemesis.

He is very much the strongest element of this film, blowing Jude Law off screen with his years of experience.

This is very much a film of three parts – the first part, where Wyke is very much in control is by far the best – the most surprising, gripping and believable. The second act, which has Wyke very much on the back-foot works less well, since it’s a one-gag segment with all too obvious a punchline.

But in the final act, the film falls to pieces. It strays hopelessly from the plot and goes round and round in circles with so-called mind-games that lack any of the tension of the earlier scenes.

While shocking, the denouement is tremendously unsatisfying and unnaturally neat.

When one of the main things that stands out in a film is the architecture of the house in which it is set, that says something.

Branagh’s use of lighting tricks and unnecessarily controversial camera angles, to make the film feel less stagey, leaves Sleuth 2007 feeling very much a case of style over substance.