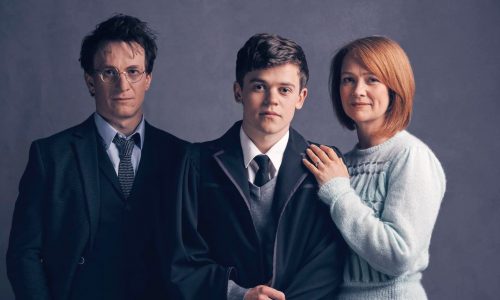 The stage sequel to the Harry Potter books and films has been named the best play at the Evening Standard Theatre Awards. Harry Potter And The Cursed Child was directed by John Tiffany and written by Jack Thorne, who said it had been tough for a “Potter-head fan boy” like him to take forward the story of JK Rowling’s popular wizard.

Glenn Close was honoured for her musical performance in Sunset Boulevard, over Sheridan Smith’s turn in Funny Girl, which also lost out in the best musical category to the Regent’s Park Open Air Theatre’s production of Jesus Christ Superstar. The show’s star, Tyrone Huntley, was named the best emerging talent.

The first prize of the ceremony – at the Old Vic Theatre – was the Beyond Theatre Award, which was presented by Prince William to Sir David Attenborough for his services to broadcasting, while Sir Kenneth Branagh received the Lebedev Award – named after the newspaper’s Russian publisher – for his season of productions at the Garrick Theatre.

The full list of winners at the 62nd annual event: