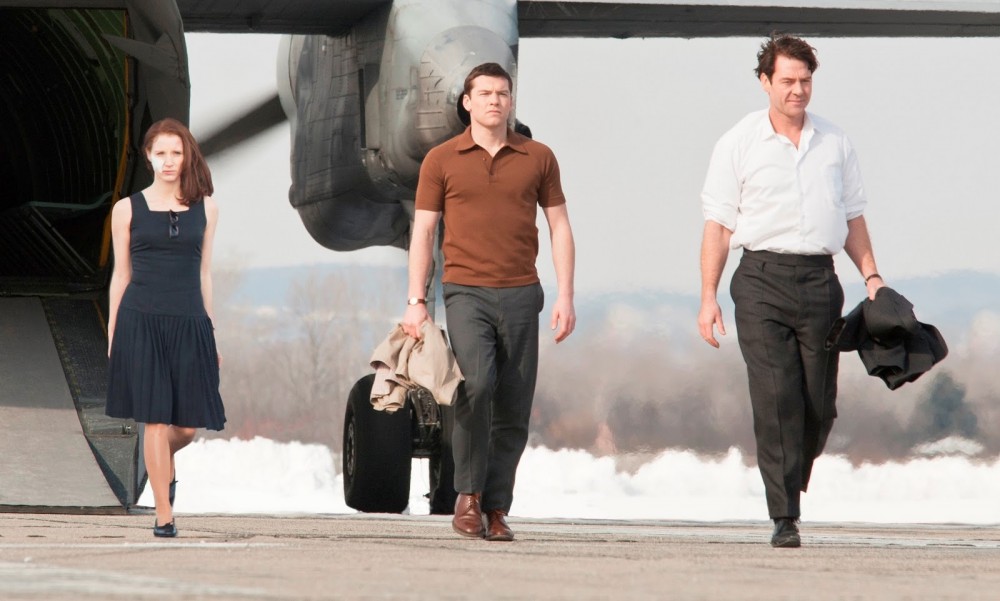 In Israel in 1997, author Sarah (Romi Aboulafia) is about to publish a book about her mother Rachel’s (Helen Mirren) exploits as a Mossad agent, thirty years earlier.

Rachel reads a passage from the book at the launch party, with one of the other members of her team, Stephan (Tom Wilkinson) looking on. The third member of the group, David (Ciarán Hinds) is missing from the celebrations.

As Rachel reads from the book, the story of their heroic mission in 1960s Berlin is revealed.

The young Rachel (Jessica Chastain), Stephan (Marton Csokas) and David (Sam Worthington) were sent to Germany to track down a Nazi war criminal known as the “Surgeon of Birkenau” (Jesper Christensen) who’s now working as a gynaecologist under a new identity.

They manage to kidnap him but have trouble getting him out of the country to face trial in Israel. The tension between the three grows as they formulate a new plan to bypass the East German authorities. But the resourceful Nazi has a plan of his own and tries to escape.

The events of three decades earlier come back to haunt the former Mossad agents with dramatic consequences, as Sarah’s book is about to hit the shelves.

So many films these days start with a moment long after the story begins, before flashing back to reveal how everyone got there. The formula seems tired and should be consigned to the bin, except in circumstances which truly benefit the narrative.

It’s not that there was a problem with the film up until that point. I’d just been wondering why they chose this structure. Again.

But it works and was a clever and effective narrative decision.

The main problem with the film is that the past is far more exciting, cinematic and convincing than the present. Watching the three younger actors being thrown together to adopt their secret identities as they plan the kidnapping of a war criminal and put their plan into action is thrilling. As things start to go awry, you fear for them – but you know it all works out OK, right?

We’ve already heard how it all ends. Haven’t we?

Based on an earlier Israeli film of the same name, The Debt is a clever exercise in toying with our expectations – but when it finally throws up some food for thought, it starts to fall apart.

Seeing Helen Mirren’s Rachel, in her sixties, trying to put her old skills back into action works to a point – but not to the point where she finds herself indulging in fisticuffs with an octogenarian in a care home.

Her accent isn’t at all convincing either.

Unusually, for a film of two halves – one boasting Oscar winners (Mirren) and nominees (Wilkinson) and another featuring newcomers (Chastain) and blockbuster fodder (Worthington) – it’s the smaller names and the lower kudos count that delivers a more powerful punch.

As well as the present-day story being less impressive than the Mossad mission at the film’s heart, the moral dilemma thrown up by the Debt fails to pack the punch it might. More interesting angles could have been explored, with wider consequences.

The film is entertaining. It has powerful moments. The past and present tie together well. But the strong performances and action thriller from the past overshadow the weaker moral maze that the film becomes.

It feels like a good film that peaked too early.