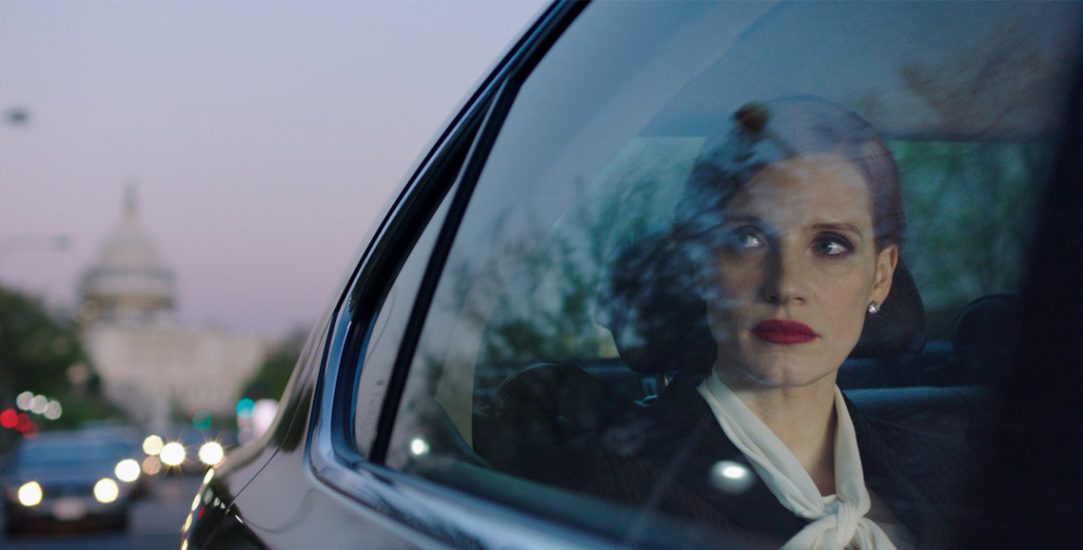 Elizabeth Sloane (Jessica Chastain) is one of the most powerful and sought-after lobbyists in Washington DC. Always too busy to have a life outside the office, she pops pills to keep going without sleep and pops up for air only briefly to build what she convinces herself is enough of a personal life.

At the top of her profession, her skills are called on by the gun lobby to persuade senators to reject moves to tighten up gun ownership. But this is one battle she is not willing to fight, whether she thinks she can win or not.

But an unexpected opportunity arises to join the other side. She jumps ship and agrees to lobby senators to back tougher gun laws, to the ire of her former firm.

But there are few lobby groups in Washington as powerful as the National Rifle Association and her old colleagues are determined to help it beat the defector.

When the fast-talking lobby queen decides to take on the establishment, both sides make it clear they’ll do anything to win, however many casualties have to fall in battle.

But soon, Miss Sloane realises that developing a conscience can take a lobbyist out of the comfort zone and she might become one of those casualties herself.

Harking back to the wordy political drama of The West Wing – but from the other side of the fence – Miss Sloane is clearly trying to echo the fast-paced screenplay of Aaron Sorkin. The walking-and-talking is largely replaced with lecturing in meeting rooms while the dialogue has generally been switched for monologue, with an almost constant stream of “I know best” and “the end justifies the means” coming out of Miss Sloane’s never-smiling mouth. The language certainly flows but despite not quite having Sorkin’s extra-sparky panache, it has a delightful ring to it.

It’s a little longer than it needs to be and some of the plot points don’t quite feel right, but it’s certainly a strong and effective piece of film-making that takes you on an unnerving ride.

And it’s always challenging to ask audiences to root for someone who’s clearly a cocky, over-confident liar – perhaps it can, and does, work only when the antagonists are even more cocky, even more over-confident, worse than liars – and trying to promote the ownership of lethal weapons.

In the Trump-era, the veracity of the characters and their arguments betrays the timely tension between the conservatives in Washington and the liberals in Hollywood.