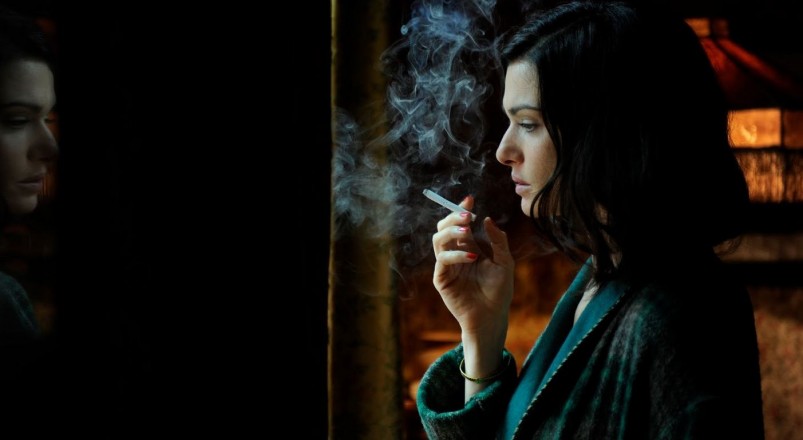 In the years after the Second World War, Hester (Rachel Weisz) is married to an influential London judge, William (Simon Russell Beale).

He loves her – or at least the idea of her – and he willingly supports her but there is no passion in the marriage – and she craves passion.

Hester is having an affair with a dashing and charming younger man Freddie (Tom Hiddlestone), recently returned to civvy street after seeing too many of his comrades perish in the war.

His experiences have made him value life more than ever before and he’s happy to have fun with Hester, but not interested in settling down with her – there’s a whole world out there that his life has been spared to enjoy.

But Hester is prepared to risk everything – a marriage to a good man who loves her – for a passionate affair that’s going nowhere.

Terence Davies is a film-maker who works sporadically, but picks his subjects carefully. He won’t step behind the camera unless he’s pretty certain that he’s going to come up with a gem, and this time is no-different – cinematically, at least.

From his elegant, slow, sweeping camera movements to the sumptuous sets, the warm but dark colour palette and smoke-filled rooms, every frame of this film is gorgeous to behold.

The performances – the repressive William, the carefree Freddie and the emotion-craving Hester – are outstanding; Simon Russell Beale has the least to do in the smaller role, but Tom Hiddleston’s brazen selfishness (the bad guys are the most attractive) is a career-elevating turn, while the complexity of Rachel Weisz’s vulnerability and desperation for passion, combined with the determination to shake off the shackles of 1950s womanhood to find it, marks a career high for her, that is sure to receive acclaim come awards season.

Not having been alive in the 1950s, I can’t vouch for the authenticity of the period, but everything from the costumes and the clipped dialogue delivery to the sing-songs in the pubs appear to evoke the era perfectly.

Davies is at home with the source material – Terence Rattigan’s play – and everything it entails, but his realisation of the situation is idiosyncratically slow, deliberate, light on dialogue and heavy on imagery.

It’s not an easy watch, but it’s tremendously rewarding for anyone with the patience to explore the world of an unsatisfied 1950s housewife, as told by one of Britain’s great visual artists.

While Rachel Weisz’s 360 was a somewhat lacklustre opening film for this year’s London Film Festival, her turn in this – the closing night gala – helps to elevate The Deep Blue Sea to a fitting goodbye to the festival’s long-time artistic director, Sandra Hebron.