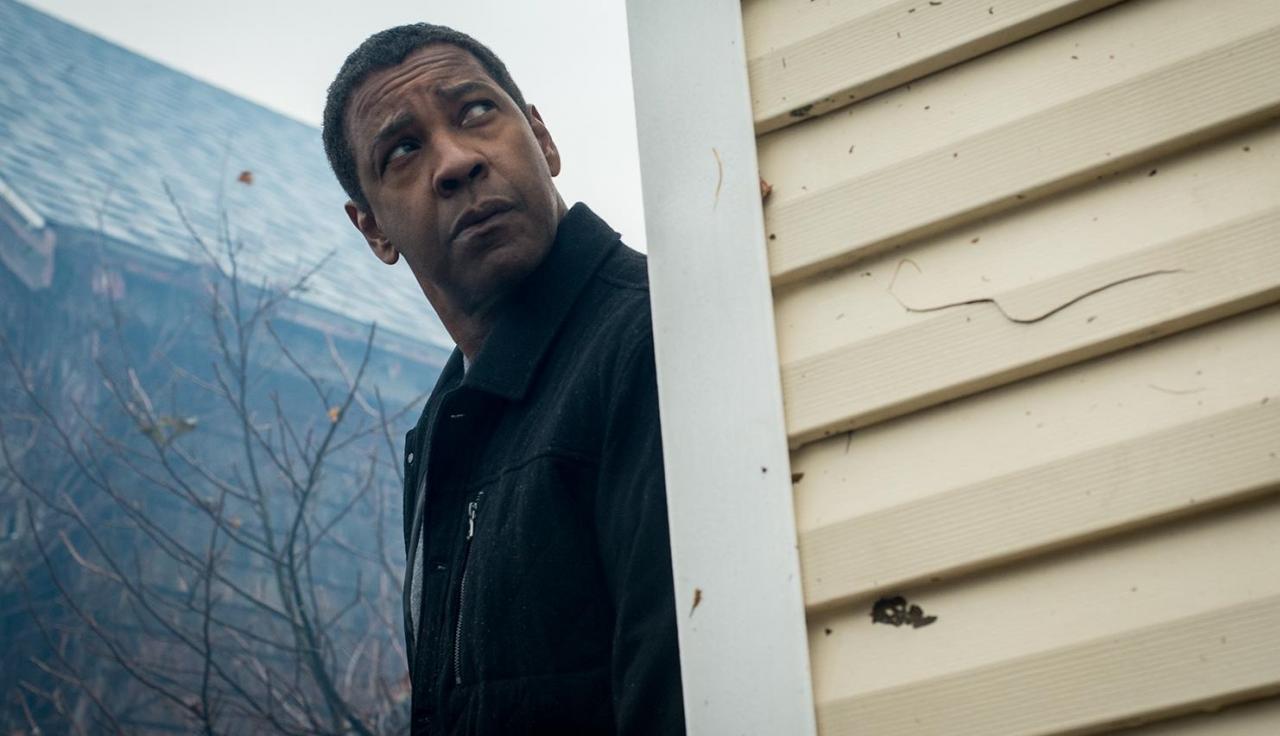 Mild-mannered, middle-aged Robert McCall (Denzel Washington) earns a living from driving a cab for an app-hailing service around Boston.

He spends his spare time reading books, drinking tea – and using his ex-spy skills as an undercover vigilante, travelling the world to helping out local strangers – using whatever means he deems necessary.

On his red-brick housing estate, he cleans graffiti off walls and encourages a teenager to shun a gang lifestyle to concentrate on his art. He does his best to help out his cab-customers, assisting a local holocaust survivor in his search for a family heirloom.

But he also finds himself flitting across the US to find the killers of a CIA friend (Melissa Leo) who was, herself, investigating the murder of an allied spy in Brussels.

You could think of The Equalizer 2 as one of those aprons with the design of a tuxedo on it. From a distance, it could look quite smart, but up close, it’s not what you might have been expecting.

There are plenty of entertaining elements, which might have been a more comfortable fit in another film, but here seem a little clunky.

The essence of the central character – who first entered the public sphere through Edward Woodward’s portrayal in the 1980s TV show – is an unsuspecting vigilante helping people who don’t even know he exists – and Denzel Washington certainly does that here, but it’s only ever as a side-story – little-more than a character-building plot device.

But we know his character already – and that’s what we want from this film – we want to see him equalizing things – implementing a crude but speedy form of justice for wronged civilians.

Instead, director Antoine Fuqua weaves scenes – such as one in which he defends the honour of a woman who’s been abused by a bunch of heavy-drinking bankers – into a revenge thriller. But that’s not what Equalizer fans have signed up for.

It’s unexpectedly peppered with some decent one-liners and it generally keeps the audience on side – even eliciting cheers from my fellow film-goers, when he successfully equalized situations, both at home and abroad.

Another fine scene centres on McCall’s handling of the confirmation of the true – and disappointingly predictable – villain of the piece and his formal meeting with this mastermind’s mindless cronies.

The overarching plot of the revenge-thriller at the heart of the film is similarly mindless and somewhat unconvincing, while the pacing is off – the crux of the film is, essentially, squeezed into a single scene. And to add to the viewing frustration, this takes place during a hurricane, so you can hardly seen what’s going on anyway.

This is the first time either Washington or Fuqua have entertained a sequel. It’ll probably work best as an effort to redress the #OscarsSoWhite balance in Hollywood, with a black director and arguably the world’s most bankable black star delivering a shameless piece of high-energy blockbuster entertainment. There’s something particularly satisfying about seeing an unassuming, paunchy, middle-aged man effortlessly dispensing justice to scum half his age.

It’s a film that’s unquestionably at its best when its protagonist is doing what its title suggests – equalizing things. After a strong pre-title sequence bit of equalizing, all of the equalizing just gets buried under the rubble of a broken revenge thriller.

Sadly, The Equalizer 2 strays too far and too often from its purpose – and its title. It simply doesn’t do enough of what it says on the tin, ending up being too personal and becoming more about vengeance than justice.