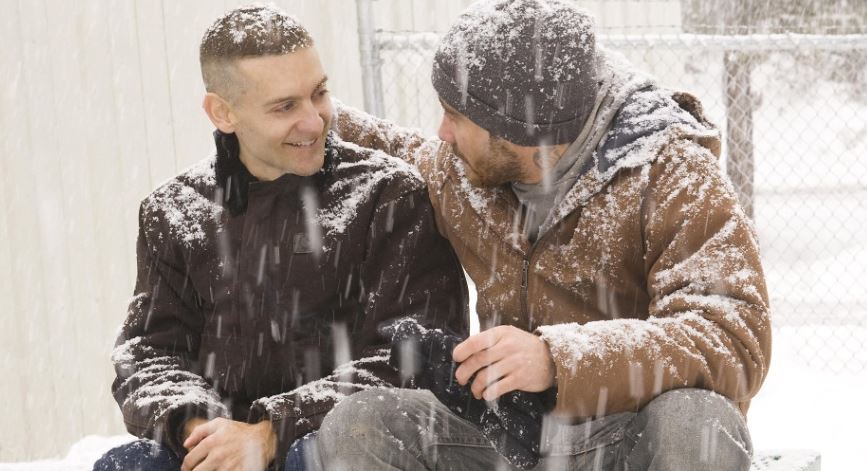 Sam (Tobey Maguire) is the good brother – captain in the US army, about to go on another tour of duty to Afghanistan, leaving behind his wife Grace (Natalie Portman) and children.

Tommy (Jake Gyllenhaal) is the bad brother – in and out of prison for most of his adult life – jobless and an embarrassment to the family – not least their traditional military-man father Hank (Shepard).

But when news reaches Grace that Sam has been killed during a battle with the Taleban, Tommy has to step up to the plate and become the man of the house.

He’s the last man Grace wants in her house – but the kids need a father figure and she needs all the support she can get, both emotionally and practically.

As the weeks pass, Tommy mellows and he and Grace manage to put past animosity aside – even the children warm to him.

But when – even more of a shock than hearing of her husband’s death – Grace is informed that it was a mistake and he’d since been rescued from captivity, everything back home changes.

The initial euphoria at Sam’s survival soon gives way to despair when it becomes clear that he is unable to adapt back to life in civvy street – a severe case of post traumatic stress disorder turns him into the bad guy, as the good guy Tommy tries to protect Grace and the children from the loose cannon that the army has returned home from Afghanistan.

This is a truly international affair – with an Irishman directing American lead actors with the rising British star Carey Mulligan in a supporting role in this remake of the Danish Brødre – but it feels totally American.

Jim Sheridan manages to get inside the psyche of the American military family, with almost no trace of the film’s Danish roots.

Natalie Portman – ageing almost too well to be convincing as a mother of two – has a fantastically complex role, one minute mourning her husband and learning to accept the brother she hates into her life – the next celebrating the return of her husband – and then struggling to cope with his inability to come to terms with his experiences. She handles all aspects of the role remarkably.

Maguire also has a tough character to pull off – the good guy becomes mad bad guy. He succeeds largely by underplaying the good guy and over playing the emotionally wrecked returning hero, making his role effective, if a little obvious.

But it’s Gyllenhaal’s metamorphosis from alcoholic ex-con to responsible father-figure that is perhaps the strongest performance in the film, as the change is subtle and entirely believable.

The performances – at times heart-rending and always convincing – are just about strong enough to allow the film to get away with some less convincing plot points – like why they would have held a funeral, complete with coffin, if they didn’t have the body – it’s almost as if that scene was enacted just to trick pull the wool over our eyes.

The unique selling point of this film is the fact that it appears to peak early – you might think I’ve blurted out a spoiler – but that’s not the twist at all – it comes far too early and it’s not what this film is about.

Brothers is not a film about a young mother struggling to cope with the loss of her husband, who turns out not to be dead.

It’s more a film about a returning soldier struggling to cope with the consequences of his experiences – what he had to do to survive – making that survival not a spoiler but a vital plot point on which the film kicks off in another direction entirely, just half way through.

But more than either of these, it’s a film about how events can change everything – relationships, personalities – and switch the roles of good and bad people.

The satisfaction you gain from this film will depend almost entirely on how you rate the acting, as the plot is a bit of a stretch to accept. But if you think less about the story and more about how the characters are coping with the events they find themselves living through, it’s a tremendously moving and intimate piece of cinema.