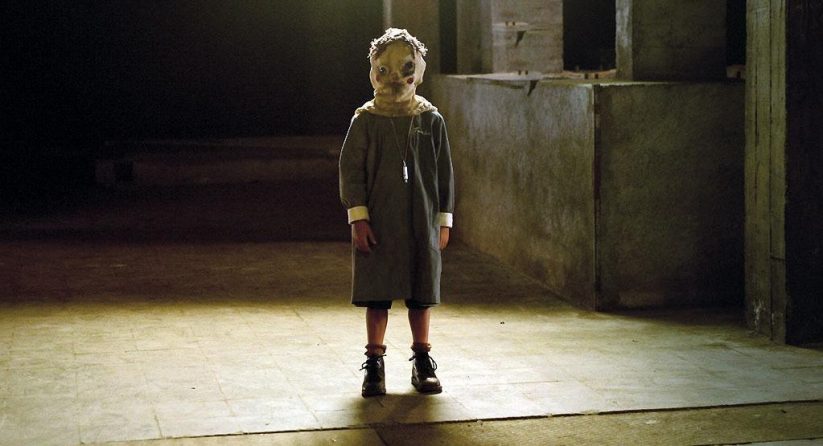 Laura (Belén Rueda), her husband Carlos (Fernando Cayo) and their son Simón (Roger Príncep) have just moved into a new home – a remote, creepy mansion, which in a previous life, was the orphanage where she grew up.

Simón is a disturbed young boy who has rather too many imaginary friends for his father’s liking.

An unscheduled visit from a mysterious old woman, claiming to be a social worker, sets off a series of unsettling events.

To try to restore normality to the place, Laura hosts a garden party for all the local children and their families. To the outside world, everything is going well, but after Simón throws a temper, he disappears.

Days pass. Weeks pass. Still no sign of Simón. The more time that passes, the more desperate Laura becomes to find him, eventually resorting to psychics. Carlos has had enough and decides to move out – but Laura stays behind to wait for news of Simón.

She’s finally rewarded with at least some of what she’s been waiting for – the dark secrets of the house’s tragic past – and the shocking, supernatural truth about Simón‘s imaginary friends…

As a ghost story, set in a spooky stately home, from a Spanish director, this is inevitably drawing comparisons to The Others.

But this film is not as clever, coherent or frightening.

It looks stylish – as you would expect from a film that comes from Guillermo del Toro’s stable – but it’s not as frightening as it sets out to be, often clutching for screams and jumps by throwing in sudden bangs on the soundtrack and using creepy masks and costumes.

The basic concept is suitably creepy – but the way the plot unfolds and the way some characters interact doesn’t feel right, in the world we’re meant to believe we’re watching.

And the chronology doesn’t seem to work – some of the characters seem to be either too old or to young for the dates to fit…perhaps this is getting a bit picky…but if it’s the kind of thing that even occurs to you while you’re watching it, it can’t be as gripping or thrilling as it hopes to be.

The ending – while inevitable in the circumstances – is unpleasantly mawkish, leaving a taste that’s more bitter than sweet in your mouth as you leave the cinema.