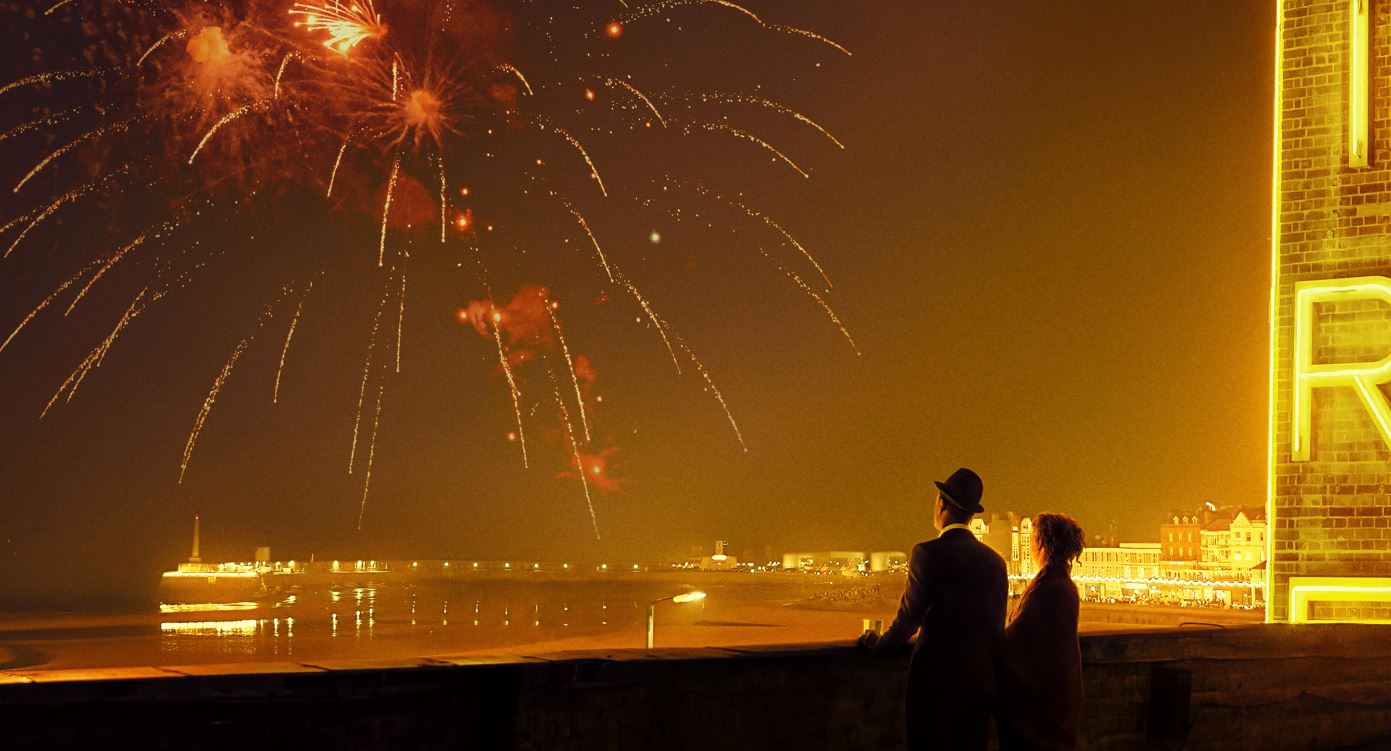 It’s early 1980s Margate and Hilary (Olivia Colman) is the manager of the Empire Cinema – a fading seafront picture house, desperate to rebuild its status by attracting a big film to hold its premier.

When she’s not issuing orders or supervising colleagues, Hilary seems to spend most of her time in the office of owner Donald (Colin Firth), “discussing” things – which usually means having a tawdry extra-marital affair, so lacking in emotions that you have to wonder how little he’s getting from his wife.

The arrival of a new staff-member – a young black man from the neighbouring estate, Stephen (Micheal Ward) – shakes up operations at the Empire.

An attraction grows between Hilary and the much younger new arrival, which gives her the confidence to reject Donald’s advances and teaches her about the problems faced by young black men in early 80s Britain.

But its a recurrence of her own problems that puts pressure on the relationship, her job and the future of the cinema.

The director Sam Mendes has been working at the top of the industry since his 1999 debut feature, American Beauty, swept the Oscars, but this is the first time he’s made a film from a screenplay he’s written himself.

It tackles some big themes – chief among them the racism of early 80s Britain and the stigma of mental health issues – all wrapped up in a love-letter to cinema.

It’s perhaps slightly odd, in the circumstances, that apart from Norman the projectionist, no-one else really has much of a passion for cinema; Hilary knows far less about cinema than she knows about THE cinema – the secret corridors leading to the disused screens and the upstairs ballroom that’s long-since fallen into disrepair.

There’s much to admire here – not least the two central performances; relative newcomer Micheal Ward more than holding his own against the current darling of the big and small screen, Olivia Colman.

The production design, costumes, soundtrack, the films being shown at the cinema – along with the evocative photography of Roger Deakins – all combine to provide an authenticity that perfectly describes the teenage years of Mendes himself.

But what feels like it’s going to be an insightful study of racism – and consequences such as futile violence and a lack of social mobility – almost from out of nowhere flips clumsily into a completely different film about mental health, making what could have been a powerful drama feeling oddly uneven and leaving two important themes being somewhat underserved.