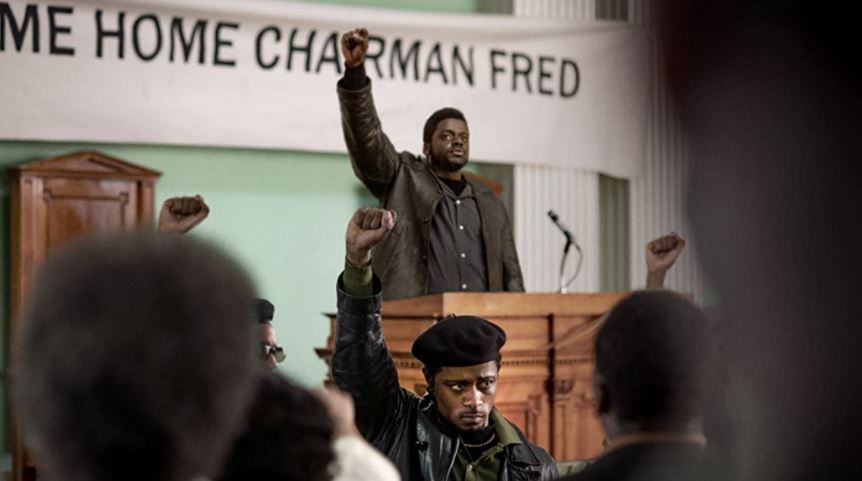 When small-time criminal Bill O’Neal (Lakeith Stanfield) is caught stealing a car, he’s recruited by the FBI and told he can avoid a lengthy jail term if he infiltrates the Panthers.

Over the months that follow, O’Neal earns Hampton’s trust and rises through the ranks, making him ever more useful to his FBI handler Roy Mitchell (Jesse Plemons).

Caught between a rock and a hard place, O’Neal is asked for a plan of Hampton’s apartment and given some white powder to slip into his drink; the rest, as they say, is history.

Fifty years on from the events it depicts, the story of Fred Hampton and Bill O’Neal will be little known to most people in communities not affected by the 1960s fight for civil rights in the US – but for those involved, this story defined a generation.

Having a British actor playing the Black Panthers leader might seem like an unusual casting choice, but Daniel Kaluuya has the accent nailed and bursts with the passion you’d expect from someone who attended Hampton’s rallies. On stage, he’s a magnetic presence, powerful in his rhythmic rhetoric to an extent that you could imagine members of the KKK joining in, before they realise what they’re chanting. But off stage, we see a more introverted individual, whose drive manifests itself more calmly.

In Lakeith Stanfield’s O’Neal, we see a similar level of ambiguity, as he sways between fighting to keep himself out of jail and wondering whether he might back Hampton and his cause after all.

Key to O’Neal’s journey are his meetings with his FBI handler (Jesse Plemons), whose own calculated, dispassionate approach is often difficult to watch as he makes more and more requests of his informant.

Perhaps unusually for such a powerful piece of cinema, there’s more telling than showing going on here, when it comes to the operation of the Black Panthers, perhaps an effort not to alienate white viewers with little background knowledge of the case, with the head of the FBI (Martin Sheen) presented more like a mafia gang boss. In this film, it’s largely the case that the black people are morally good and the white people are morally bad – turning the white viewers’ experience of cinema on its head. The film’s title says it all; this is a film largely made by the black community for the black community.

The film very much centres on Lakeith Stanfield’s treacherous small-time crook who puts his own self-preservation above all else, but both he and Daniel Kaluuya have picked up Oscar nominations in the supporting actor category, which betrays a peculiarity of the system and could jeopardise front-runner Kaluuya’s chances by splitting the vote.

Centring on Judas, rather than the Black Messiah, adds an interesting moral ambiguity to an otherwise familiar tale of the duplicitous infiltrator but the brutal shoot-out that he facilitates will leave even the most hardened viewers feeling numb.

It’s a taut and powerful thriller that works as a further reminder that five decades on, racial tensions remain a potent issue in public discourse.