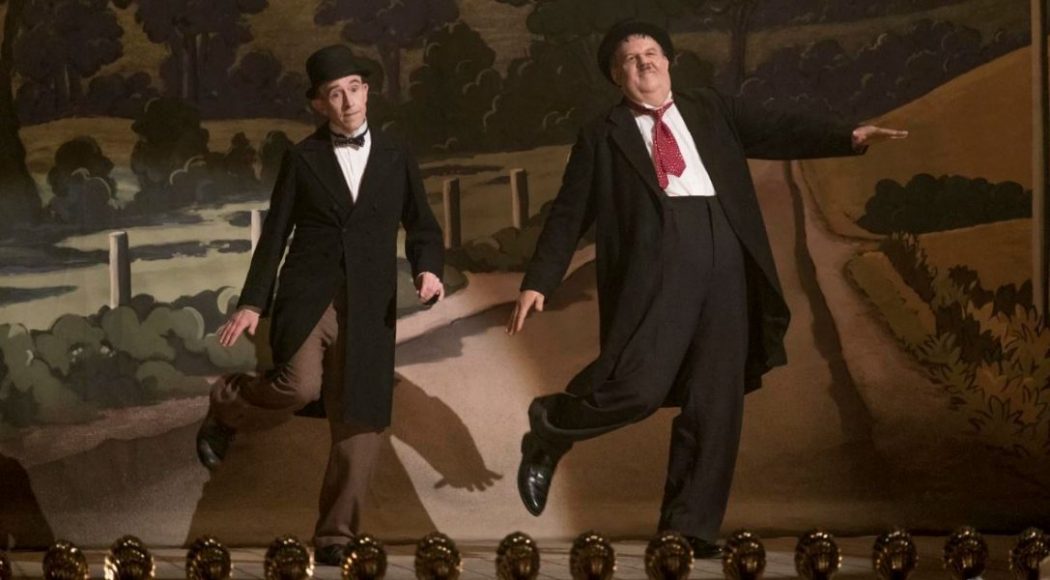 Very much in the twilight of a long and successful career, the iconic Hollywood comedy duo of Stan Laurel (Steve Coogan) and Oliver Hardy (John C Reilly) have booked themselves a stage tour of the UK.

Getting to see many of their most famous routines, night after night, the growing British audiences can’t believe their luck.

The ageing, fading stars are hoping that being back in the public eye will help them raise their profiles – and the money – to make one final film.

The little-known story of the later years of this much-loved Hollywood duo is a warmhearted portrayal of two characters we all know and love.

Director Jon S Baird effectively contrasts the acclaim heaped on the performers with their off-screen – or in this case, off-stage – insecurities, as – as it turns out – they fight to save their career.

Both actors slip effortlessly into characters so familiar that it’s remarkable how convincing they seem.

Ollie is happy to just put his feet up and do what he’s told, while Stan is constantly busy, beavering away at a new screenplay – or dealing the smarmy managers and producers and learning that some of the tricks of social media might not be as 21st Century as you might think.

It’s clear who wears the trousers in this relationship – although in the film’s deepest moments, past disagreements simmer to the surface in a way that adds drama.

Much of the humour – peculiarly for a film about this pair – comes from their wives, Laurel’s in particular, who fly in to join their husbands towards the tail end of their tour. Protective and supportive of their own husbands – but hugely competitive when it comes to his other other half.

It’s a heartfelt, affectionate, bitter-sweet tale – boosted by authentic performances and a perfect sense of period – but hugely likeable as it is, the story at its heart feels a little inconsequential. While it’s entertaining – and to a degree enlightening – to go on this UK tour with Laurel & Hardy, there’s perhaps a reason that not many people know about this last gasp for air of one of comedy’s best-loved pairings.