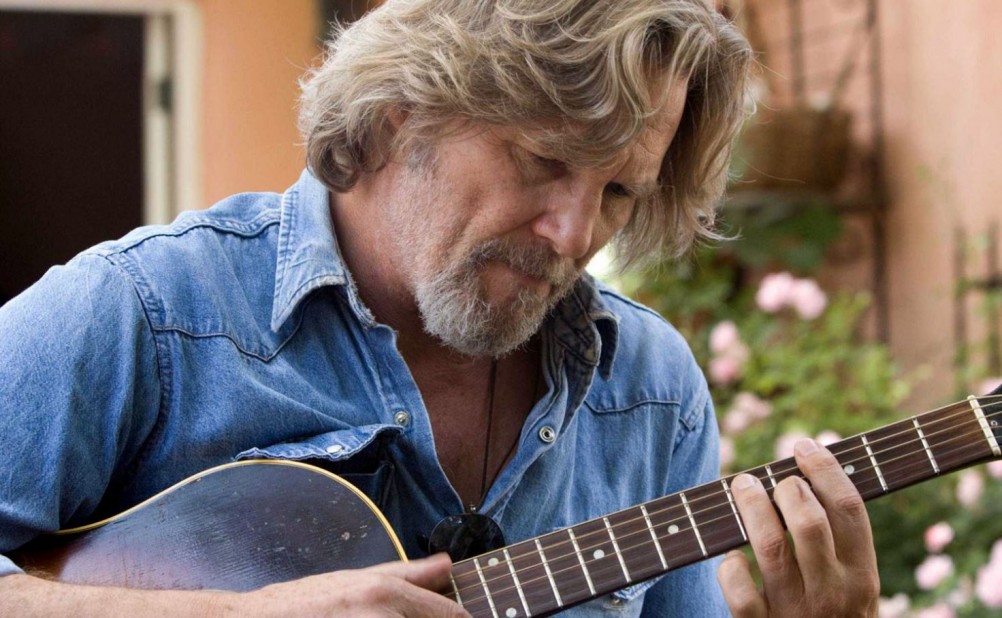 Bad Blake (Jeff Bridges) is an old-time country music singer and songwriter, at the wrong end of his career, reduced to playing bars and bowling alleys in one-horse towns, while his protege, Tommy Sweet (Colin Farrell) is now playing the major stadium gigs that he used to enjoy at the height of his fame.

Clean-living country star Tommy can now get any girl he wants, but chain-smoking, alcoholic Bad is limited to the slim pickings he finds propping up the bar at the end of his set.
But after a gig at a bar in Santa Fe, Bad agrees to do an interview with the owner’s niece, a budding journalist, Jean (Maggie Gyllenhaal).
She’s young enough to be his daughter, but a bond develops between the pair – first professional, but soon personal – which sees him make return visits to Santa Fe, while she takes her young son to visit him back home in Texas.

Through the warmth of this new relationship, Bad starts to pull his life back together – but not quickly enough to stop the alcohol setting off a chain of events which devastates his hopes of happiness with her, forcing him to seek salvation in the music which gave him happiness first time around.

The story is tremendously pedestrian and formulaic – predictable at almost every turn – and where it doesn’t follow form, it actually doesn’t feel authentic.
But it’s the performances in this film – in particular the deservedly Oscar-nominated Bridges and Gyllenhaal – which really lift the film off the screen.

Bad’s helplessness makes you want to jump into the screen and give him a pep-talk while Gyllenhaal’s pain at not being able to turn the man she wants to love into a man she can love is palpable – even if it’s not entirely convincing that she’d fall for him in the first place.
The way Bad’s relationship with Tommy unfolds is also a neat twist on what we might expect – with the bad guy being more Bad’s own demons than any undeserving upstart.

The subject matter of such a film will clearly be more suited to an American audience, but the music is moving enough – and the performances real enough – to draw in international viewers too.

Essentially, it’s yet another film about an aging, former star, trying to regain his past glory and start a new life, while coming to terms with the mistakes of his past – much like Mickey Rourke’s recent The Wrestler. Both films follow a similar path – although they take different turnings along the way – and at the core of both are heart-wrenchingly honest performances from the protagonists and the leading ladies whose support they crave.

Bridges is a remarkable comic actor, but there’s little humour here – although it’s not as grim as this might suggest. It’s almost a shame that such great actors have to wait until they’re physically past their sell-by date to grow old, on screen, as gracefully as they do.
Rourke missed out on the little gold man to Sean Penn’s trail-blazing gay politician in Milk. If Bridges collects the Oscar next month, it will be as much a tribute to Rourke as it is to his own career-high performance.