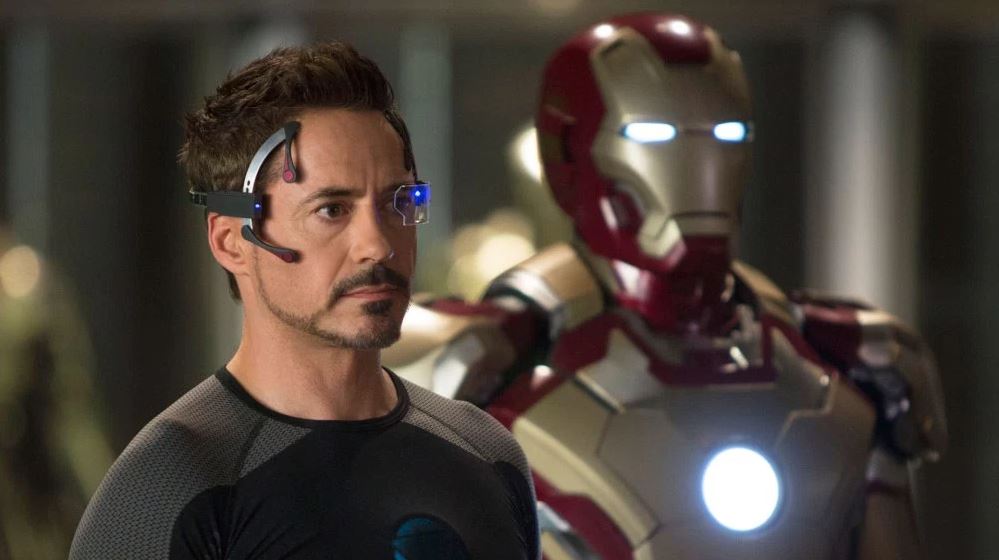 While eccentric defence mogul Tony Stark (Robert Downey Jr) is playing around with his new toys – mostly a new range of “Iron Man” suits and gadgets – in his basement, his girlfriend and assistant Pepper Potts (Gwyneth Paltrow) is busy meeting potential new contractors, such as her old flame Aldrich Killian (Guy Pearce).

Meanwhile, the US is facing a new terrorist threat – a mysterious fundamentalist, known as the Mandarin (Ben Kingsley) keeps taking over the airwaves to broadcast live executions of hostages to show the President (William Sadler) that he is not to be messed with.

Armed with one of Tony’s Iron Man suits, bedecked in the Star Spangled Banner, Lieutenant Colonel Rhodes (Don Cheadle) is tasked with trying to protect the President from the enigmatic radical.

An unexpected visit from Tony’s ex-girlfriend Maya (Rebecca Hall) helps him start making connections that convince him that the real threat is a little closer to home.

If a comic book adaptation does well at the box office, the follow-up is guaranteed respectable takings – the studios wouldn’t make sequels if the formula didn’t work. But to keep it going into a third film, you really have to have something special.

Robert Downey Jr bristles with the fast-talking charm that has become his modus operandi for everything from Tony Stark to Sherlock Holmes and Kiss Kiss Bang Bang – his previous collaboration with director Shane Black. But the fact that his character doesn’t seem to change substantially from film to film is not a problem at all, because he’s always so likeable.

Sir Ben Kingsley’s delightfully surprising performance as the figurehead for the world’s most frightening terrorist organisation turns out to be as truly fearsome as the moniker, Mandarin, might suggest.

The plot gets a little convoluted, with a few too many supporting characters muddying the patch, but it zips along and with dozens of Iron Man suits flying around at the same time, the effects are spectacular and the ride is uplifting.

Whether it’s a dockside finale, a cute-but-precocious kid, a jealous girlfriend or a duplicitous business associate, this ticks as many boxes for cliché as it does for pleasing plot point.

From from the colourful action sequences to its nods to its comic-book heritage, Iron Man 3 has everything fans of the franchise will be looking for.

The gadget-potential will delight the kids and the merchandisers alike, but save some cash by seeing it in 2D not 3D and spend it on an Iron Man mask instead.