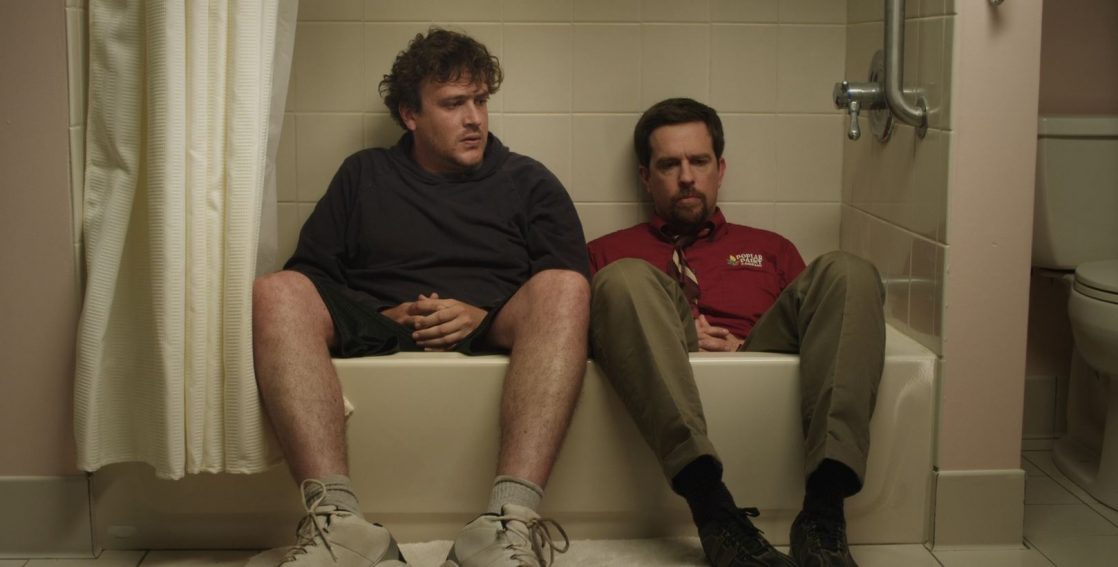 Life clearly hasn’t turned out quite how Sharon (Susan Sarandon) might once have hoped. She’s middle-aged and lonely, works in a tiny cubicle in a call-centre and can’t rely on either of her grown-up sons for anything.

Pat (Ed Helms) works for a paint company and desperate to boost his status, he constantly borrows more than he can afford to buy things he and wife Linda (Judy Greer) don’t need.

And Jeff (Jason Segel)? Well, he still lives at home. Doing nothing. Even when Sharon asks him to help with DIY or shopping, he can’t quite get anything crossed off his to-do list, as he lets obsession and depression hold him back.

But things are about to change for the family; Sharon is getting excited about the mysterious love missives she starts receiving at work; Linda has had enough of Pat’s irresponsibility and starts to stray; suspecting her infidelity, Pat ropes Jeff in to spy on her; and Jeff’s own determination to follow the signs life throws at him gets in the way as he tries to help Pat get his life back on track.

Directors Mark and Jay Duplass emerged from the mumble-core movement – a kind of American Dogme 95 – but with the recent Cyrus and now another modestly comedic drama, they’re careering towards the mainstream.

There’s much to enjoy here, with the comics-of-the-moment Jason Segel and Ed Helms notching down and up, respectively, their typical on-screen personae.

The film lacks a little direction though – with Segel’s Jeff being the eponymous character, he turns out to be the least interesting of the protagonists. He’s little more than the hapless slacker we see often on screen, while Helms as Pat is more fun – and profound – as the author of his own destruction, pushing those around him to – and past – their limits to try to secure goals which to anyone else might seem absurd, but to him feel natural.

As their exasperated, lonely mother, Susan Sarandon is easy to feel for, although her story doesn’t reach the kind of conclusion you might want it to – although that’s perhaps the point.

This film suggests that life doesn’t hand you happiness on a silver platter – but you can’t just mindlessly push for things you want. This puts real life into a peculiar void – it’s saying you can’t just expect happiness to happen to you, you have to go out and look for it – but the characters who go out and look for it here are generally punished, rather than rewarded.

The film is at its best when it enters the realms of quasi-surreal comedy – the sequence in which Jeff helps Pat spy on his wife being the most satisfying element of the film.

But it feels like it’s trying to be the kind of film that has something to say, while not really knowing what it wants to say – setting up a profound message by ironically espousing the wisdom of M Night Shyalaman, but then neither truly mocking it nor letting it pay off.

It’s neither as funny nor dramatic as it needs to be or thinks it is, but it’s not without its merits and its central characters – all naive in their own way – have just about enough charm to encourage you to see it through.