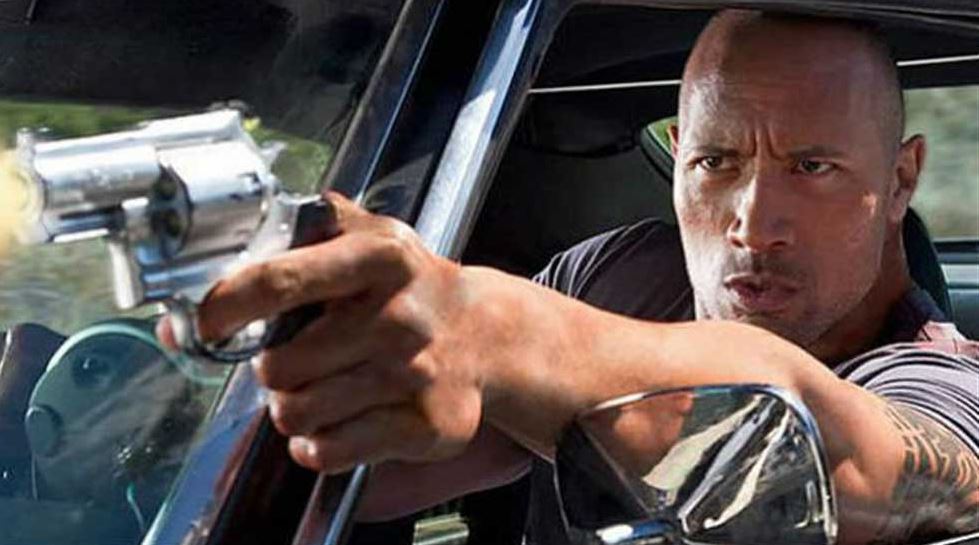 When teenager Jason (Rafi Gavron) is set up to take the fall for drug dealing, he’s facing a ten year jail term under the mandatory minimum sentencing rules, aimed at combating drug crime.

The only way to cut the sentence is to help the authorities catch another dealer, but Jason doesn’t know any. His estranged father, construction boss John (Dwayne Johnson), cuts his own deal with the District Attorney (Susan Sarandon) – she will slash Jason’s jail time if he can bring in a top drug dealer.

But John’s bravado soon starts to fade when he finds himself in way over his head, an everyday-Joe up against El Topo (Benjamin Bratt), the leader of one of the most ruthless Mexican drug cartels.

At its heart, this film has a powerful message – pointing out the peculiar legal system under which heavy-duty drug dealers can get shorter sentences by snitching on innocent bystanders, who have no-one to snitch on themselves.

But to explore this theme by taking an everyman dad and putting him up against the most violent drug kingpin on the planet seems to be pushing it, somewhat.

From the moment we’re asked to believe that builder John is indeed an everyman – all six foot five of solid Rock – the film starts to slide away from reality, not least, because despite being the size of a giant, he seems to have all the presence of a flea.

From then, it just lines up the cliches and one-by-one, knocks them down; at first, he thinks his son deserves to be taught a lesson, but when the plot requires it, he’s the doting father; we get the assertion that there are bound to be ex-cons on a building site; we’re introduced to only one of his employees but he happens to have a history as a drug dealer (he’s a young father, trying to go clean for his family, of course), our hero is divorced from his son’s mother but has a cute daughter with a young new wife, he goes from being someone who doesn’t even know how to score a line of coke to someone who has to bring down the cartels, via the ruthless street-gangs who pedal their wares.

The plotting is corny and inconsistent – one minute it takes a day to get to Mexico, but it takes just minutes to get to his second meeting with El Topo – once Jason ends up behind bars, we see him only through John’s eyes, getting a hint of how tough things are for him, but not getting to know him enough to care what happens to him.

The acting is particularly wooden, even for the Rock, but the one thing you would expect from him is action sequences, and it takes a while, but you do finally get them.

As long as he’s waving a gun or at the wheel of a speeding lorry, the film is entertaining enough, but it’s disappointlingly shallow for a film that could have made a powerful point.