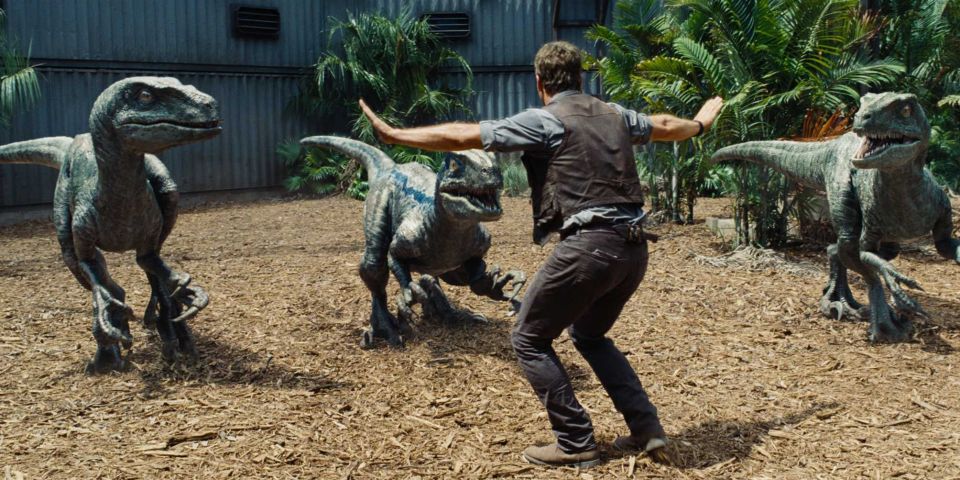 More than twenty years after the events of the first Jurassic Park film, the resort, now known as Jurassic World, is thriving, partly by keeping visitors interested, with new attractions every few years.

The latest attraction is sure to be bigger and better than anything anyone has ever seen before; they’ve genetically engineered a completely new dinosaur, using DNA from a variety of others. The Indominus Rex is finally ready to be revealed to the public.

But before the beast is able to be put on show, it escapes from its cage, in the north of the island, while thousands of oblivious holidaymakers are enjoying the park in the south.

The park’s manager Claire (Bryce Dallas Howard) is torn between trying to stop the Indominus Rex, as it stampedes across the island, killing everything in its path, and trying to find the two young nephews she’s meant to be showing around, but who gave her assistant the slip, while she was in high-powered meetings.

Swallowing her pride, after a bad date, Claire returns to one of the dinosaur-keepers, Owen (Chris Pratt), to ask for his help in finding the boys, capturing the beast, rescuing the visitors and saving the island.

Wrapped around a rather pedestrian and formulaic story – featuring a high-flying auntie who can’t find time for her nephews, a jilted hunk who puts duty above pride, an executive who puts business above duty and a government agency that wants to train dinosaurs to be used by the army – is a very simple plot; there’s a dinosaur on the loose.

When Jurassic Park hit our screens, more than two decades ago, the idea of seeing dinosaurs roaming freely, as if in a David Attenborough TV show, was a tremendous breakthrough – now, to the credit of the special effects teams who’ve pioneered the technology, we just take this for granted; whether it’s the baby triceratops in the kids’ area, the man-sized raptors, the house-sized Indominus Rex, the block-of-flat-sized brontosaurus or the flying pterodactyls, the appearance and motion of these anachronistic creatures don’t even make us bat an eyelid, which makes it that bit more important to impress us with other things. And even the new Indominus Rex isn’t as impressive as the film-makers hope it is; it’s meant to be the most fearsome beast that ever walked the earth, but in reality, it’s just a more scaly T-Rex with slightly longer arms.

While the characters – both human and reptilian – lack originality and to a large degree, personality, and the story ticks off most cliches in Hollywood’s armoury, even though we’ve seen it all before, the visuals continue to impress; the spectacle of being taken back millions of years, without having to time travel, remains as awe-inspiring as it was in the early 1990s.

Chris Pratt – known to many as the loveable comic buffoon from Parks & Recreation – more than holds his own against the most ferocious beasts in history, although his – like too many others of the characters – remains frustratingly one dimensional. Bryce Dallas Howard’s Claire, at least, has to flip from a high-powered businesswomen to loving aunt, via fish-out-of-water action hero, but the only character we really care about – possibly because it’s the only real acting – is Judy Greer, who plays the mother who sends her sons off on an unforgettable mini-break with her sister.

Jurassic World is the perfect example of how Hollywood can pick a handful of narrative and character cliches off the shelf and use its arsenal of special effects to deliver a monstrously entertaining piece of nonsense. It doesn’t set any new standards, like its predecessor, and it won’t be vying for any awards attention, outside the effects categories, but it seems wholly churlish to throw too much cinematic criticism at a film that’s so much fun from beginning to end.