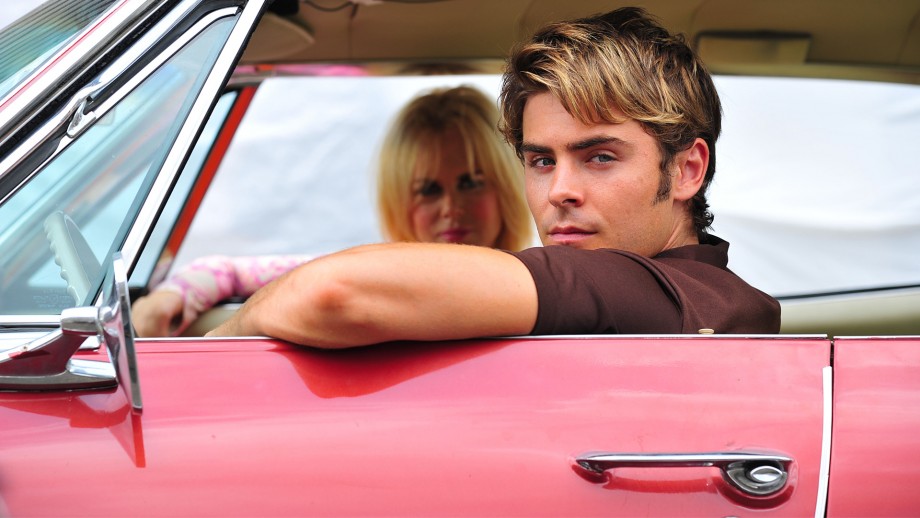 Ward believes that he can prove that Hillary was innocent of the murder he’s been convicted of and needs to interview people involved in the case, including Hillary himself and Charlotte (Nicole Kidman), the astonishing beauty who is about to marry him.

Ward’s younger brother Jack (Zac Efron) comes along for the ride as does Charlotte; without her there, Hillary won’t speak to the journalists.

The young and impressionable Jack soon develops a crush on Charlotte that threatens to disrupt the equilibirum in the group, although Ward and Yardley each have secrets in their own dark pasts that put the whole enterprise in jeopardy.

The latest film from Precious director Lee Daniels is a gritty, grimy, brooding, sweaty thriller that brings out the worst in Florida, journalists, naive young dreamers, murderers and the fetishists who fall for them. It’s daring but more precocious than precious.

While there is a plot, this film is more about creating a mood – presenting characters who drift around this sweat-soaked summer. The plot is actually moderately interesting, but the characters are a little too inconsistent – as they’re first presented to us, they work in the context of the narrative, but as the twists and turns start to unwind, the characterisation become less convincing and as a consequence, so does the plot.

Matthew McConnaughey holds fort impressively enough, with David Oyelowo being a bit of an unsatisfying enigma trailing behind him. Zac Efron tries to pull further away from the teen heart-throb role that made his name. In a starkly contrasting role to the recent Stoker, Nicole Kidman is empathetic enough as a woman who needs to be loved, but can’t love back. John Cusack delivers the most surprising turn – for about the first time in his career, being a thoroughly odious, murderous psychopath, who isn’t even likeable when the group are trying to help him.

A number of scenes – you’ll have heard talk of a jellyfish – are memorable, but more for shock value than narrative importance.

There’s much to enjoy, from the brooding performances to the atmospheric cinematography, costume and production design, but it doesn’t amount to much as the total package fails to meet the expectations of its provenance.