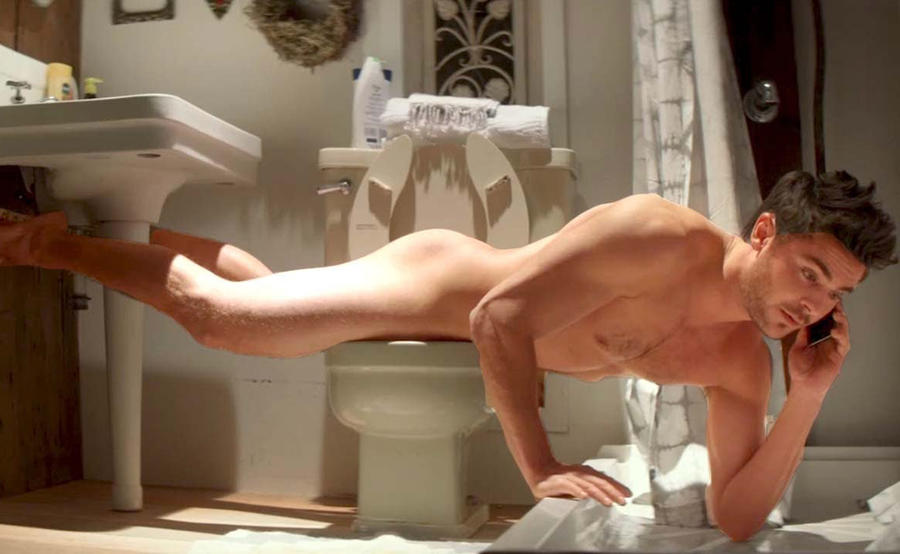 Mikey is happily married, while Jason and Daniel enjoy a promiscuous lifestyle, with Jason having a roster or women on the go and Daniel relying on his faithful female friend Chelsea (Mackenzie Davis) to help him hook girls.

When Mikey’s wife leaves him, Jason and Daniel agree that all three will swear off commitment to women, pledging that they’ll be there for the boys.

But before long, Jason meets and falls for the bookish Ellie (Imogen Poots), Mikey is trying to rekindle his marriage and Daniel has taken his relationship with Chelsea to another level.

The longer the guys keep their secrets from each other, the more complicated life becomes until they risk losing both their women and their friends.

There’s a freshness to this film that’s wasted by cliche and an insistence on steering as far away from reality as possible.

Films about young men – most of them starring Miles Teller – usually involve the characters getting drunk, partying and trying to get laid, so it makes a bit of a change to be following a group of men who aspire to having adult relationships and their efforts to hide this from friends who were doing likewise is a nice touch.

It had some interesting things to say about twentysomethings and the conflicts between their camaraderie and their relationships, but the script is infantile and the reasoning and actions of the characters never feels convincing. The way the narrative is handled is so insulting – to men and women alike – that it’s hard to see who would enjoy it.

It’s not aimed at most men, as they’d rather watch action, sensitive men would be offended by the idiocy of these guys and women would be horrified to think that any real men might act this way and steer clear of mankind altogether.

Now, Zac Efron might be a good lucking young chap but his efforts, here, to woo Imogen Poots wouldn’t succeed in a million years – and when he’s confronted with a big dilemma – should he support her by attending her father’s funeral or go to a party – no man on earth would take the decision he did in the circumstances.

Miles Teller’s Daniel is such a tool, it’s inconceivable that his gal-pal would fall in love with him. And the idea of Mikey hiding the fact that he was trying to get back with his wife by pretending that he’s seeing someone else wouldn’t work, when the whole idea is meant to be that none of them is seeing anyone.

While the film is ostensibly making fun of a man’s inability to commit, without exception, its handling of the female characters makes it unintentionally misogynistic.

Every step of the way, the set-ups pay-off with a clunky predictability that will make you want to throw things at the screen; when Jason messes up, his friends tell him he’ll need to do a Jerry Maguire – and sure enough, within minutes, he’s opening up to Ellie in front of a crowd of people and pretty much having her at hello.

The goals of this film are honorable and you almost wish you could like it more. With a sharper script and tighter direction it could have worked, but the execution is so lazy and clumsy that it leaves you thinking that the awkward moment in question is the one where you go back to the box office to ask for your money back.