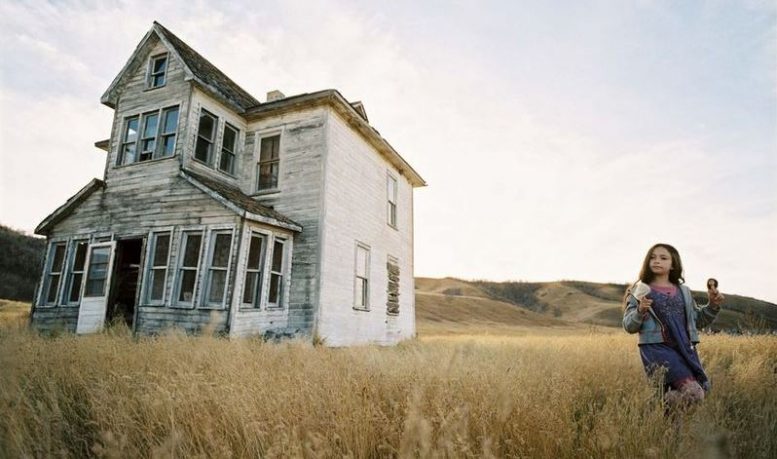 Young Jeliza-Rose (Jodelle Ferland) is unlucky enough to be the daughter of two of the most helpless junkies of modern cinema – failed rock star Noah (Jeff Bridges) and Queen Gunhilda (Jennifer Tilly). When her mother dies, Noah takes her to live in his childhood home – a dilapidated shack in the middle of a remote farm, miles from anywhere.

It’s not long before he too takes one trip too many and doesn’t come back, leaving Jeliza-Rose home alone, to fend for herself.

As she tries to make sense of the surreal world around her, Jeliza-Rose’s only friends are the disembodied heads of four old dolls, the mentally challenged son of the old woman on the neighbouring farm – and the decaying body of her father.

For his fans, a new Terry Gilliam film is always something to look forward to with eager anticipation – although increasingly with regretful apprehension. Alas, this ultimately disappointing picture will only boost that feeling next time around – and let’s pray that there is a next time around.

Within months of the enjoyable but relatively empty Brothers Grimm, he’s come up with his typically surreal take on Home Alone – or as he describes it himself, “Alice in Wonderland meets Psycho.”

It certainly has the array of surreal characters of the former and the chilling visuals of the latter, but it feels devoid of any purpose. There’s no story – no character development – no message – no point.

It has none of the magical exuberance of his early films – the elements of fantasy are dull and glum, rather than awe-inspiring – and it has little emotional pull.

Gilliam clearly knows about alienation – from his own experience within the film industry – but Jeliza-Rose’s solitude fails to engage the audience as her youthful innocence gives her no sense of loss and the absence of “real” characters means she can’t develop any kind of understanding of a life with which we can identify.

It’s like watching a slightly deranged kid playing in a field – from inside her mind. It would’ve been interesting as a short film, but stretched to two hours, it’s too much – too much of too little.